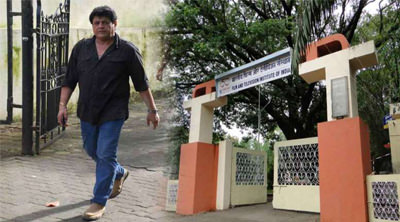 The FTII row does not seem to get resolved any time soon. Even after a meeting with the Minister of State and Information and Broadcasting and the FTII body, the students have failed to make their point heard.

With the strike going on the 57th day, the students have agreed to go back to their campus in Pune and contemplate on further plans of action.

Cephas Pranta Subba, an FTII student of editing of the 2011 batch said ““As expected, the meeting with MoS Rajyavardhan Singh Rathore failed to resolve the deadlock. The government is not ready to budge from its decision. We will continue with our strike, but there will be no protest demonstration in Delhi. We’re going back to Pune to decide on our future course of action.”

The meeting was decided recently when Rathore agreed that the government is ready to listen and discuss with the FTII students.

This ongoing debate has attracted countless eminent personalities from the world of performing arts and cinema production. Moreover, the visit of Congress VP Rahul Gandhi and Delhi CM Arvind Kejriwal’s assurance to support the cause of the students added a political flair to the entire issue.

Earlier, noted Bollywood actor and NSD alumnus Anupam Kher had spoken out strongly against the appointment of Gajendra Chauhan as the Chairman of the film institution.

“The entire protest movement is getting political. So many political parties have now started rallying behind the FTII students. The students should go to classes and can still protest. The strike that started as a creative protest has converted into a political strike. Even during the tenure of former chairperson Girish Karnad, there was a strike by the students, but it was resolved,” said Kher.

Further voices were heard which posed a much more harsher opinion about the government’s decision.
“Almost the entire film world and intellectuals have condemned the wrong decision of the government. The government is making it an ego issue. People are not questioning someone of the stature of Satyajit Ray, Mrinal Sen, Adoor Gopalakrishnan, etc. Given the stature of the FTII, Gajendra Chauhan doesn’t qualify to be the chairperson by the body of work he has done. After all, FTII is an institution having international implications and today, cinema is the most competitive medium with cutting-edge technology. So, a person representing the institute needs to rise to that level,” said theatre personality and NSD alumnus MK Raina.

In a strange case of coincidence, Raina was the first person from the Censor Board in January over the row related to the controversial film “Messenger of God”.

Adding to the fire, a lot of FTII students think that the ruling government has earlier influenced the FTII board as well. Many swear by the fact that during Indira Gandhi’s tenure as PM, there was a strong governance of the ruling party over FTII’s operational decisions. Students have now resorted to the fact that no chairperson can help them in their career and it is only their skills that will take them far.