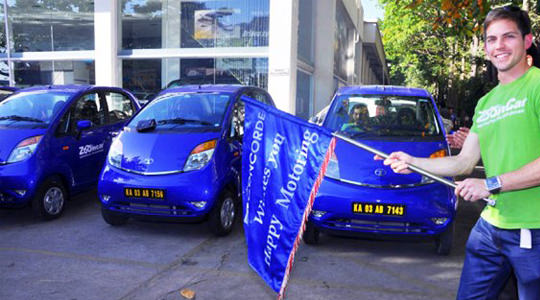 Bengaluru-based self-driven company Zoomcar has raised $11 million from Sequoia Capital, Empire Angels and NGP. The company plans to use the funding to expand across India in terms of both vehicles and new cities. Starting from Bengaluru, the company now offers self-driven services in cities like Mumbai, Delhi, Pune, Chennai and Hyderabad.

“We currently have a fleet of more than 1,500 cars operational in six cities. Despite adding over 1,000 cars this year alone, we’re still unable to meet the demand for our service with our current strength. Over the next year, we plan to add more than 7,000 cars in the fleet and expect to launch in 15 more cities. From the beginning of the year, our revenue has grown by more than 3x and bookings have increased in a similar fashion,” said Greg Moran, Co-founder & CEO, Zoomcar.

Zoomcar was founded in 2013 and holds the title of being India’s first self-drive car rental company. It lets consumers rent cars by the hour, day, week or month. Its catalogue of vehicles offers various types of vehicles from hatchbacks to SUVs to luxury sedans.

Medtech start-up Lybrate gets $10M; plans to be the Facebook of healthcare
Housing.com appoints COO Rishabh Gupta as interim CEO