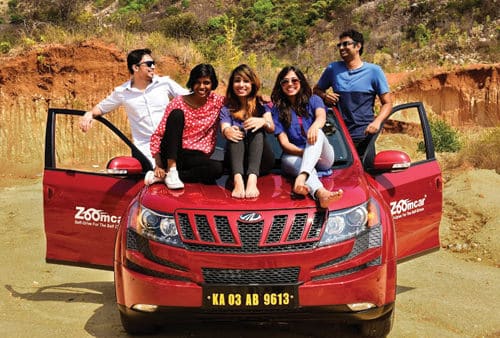 Self-drive car rental company Zoomcar, which is trying to expand in tier I cities like Mumbai, Bengaluru, Delhi, Kolkata, has raised Rs 168 crores (around $25 million) in Series C funding from Ford Motor on Monday. This is Ford’s first investment in India.

This round if tallied with the other two investors- Sequoia Capital and Reliance Venture Management, makes the equity funding two-fold at around Rs 312 crore (around $46.5 million).

The company had raised $11 million last year. If compared with previous rounds, Zoomcar has managed to collect funds a little over $21million in the latest funds figures. The company has raised total two-fold equity by the contribution of 16 investors in five rounds since 2013.

They offer different services such as those related to airport rides, train station pickups and general commuting. Zoomcar has also recently added a marketplace option.

When the company started, Zoomcar had expected demand from working professionals in metros for short distance travel. It, however, saw an unexpected rise in demand from college-going youth who wanted a vehicle for short weekend visits.

Zoomcar then launched an ad campaign, which encouraged its customers to use the vehicles for leisure as well. As a result, when the Leh Taxi Driver Union attacked Zoomcar branded vehicle and forced the government to ban all rental cars to that part of the country. A month of negotiation later, the routes were opened again.

If success reports arrive within subjected time-period, it has thought of expanding the business further in tier II & III cities.