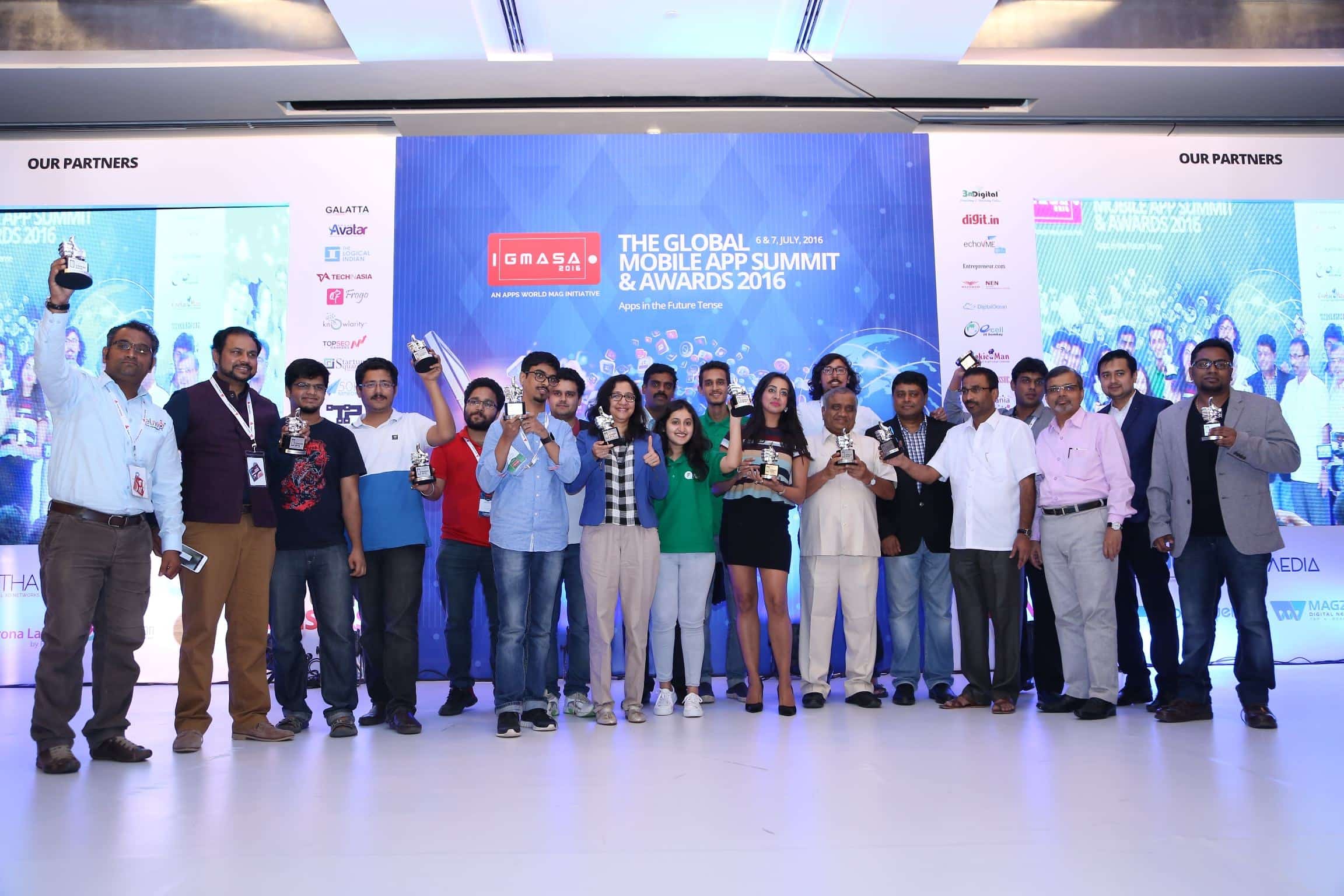 The two-day Global Mobile App Summit and Awards 2016 ended with the award ceremony ended on Thursday that recognised many mobile applications those who have made a difference through their innovative ideas.

The Bangalore Metropolitan Transport Service (BMTC) was awarded the ‘People’s Choice Award’, which was received by V S Aradhya, the vice chairman of BMTC.

Live score app ‘SportsKeeda’ won the best app award in the sports category and BYJU’S bagged the award for the best app in the education category. The award in Payment Solution category was bagged by Payoneer. South Indian Actress, Sanjana Galrani was awarded the ‘Celebrity Social Media Icon – 2016’.

GMASA is organised by Apps World Magazine is an association with ‘Make in India’ and NASSCOM.

Cancel reply
App for a change
Struggling to Monetise your Mobile APP? Tier 2 and 3 cities hold the key