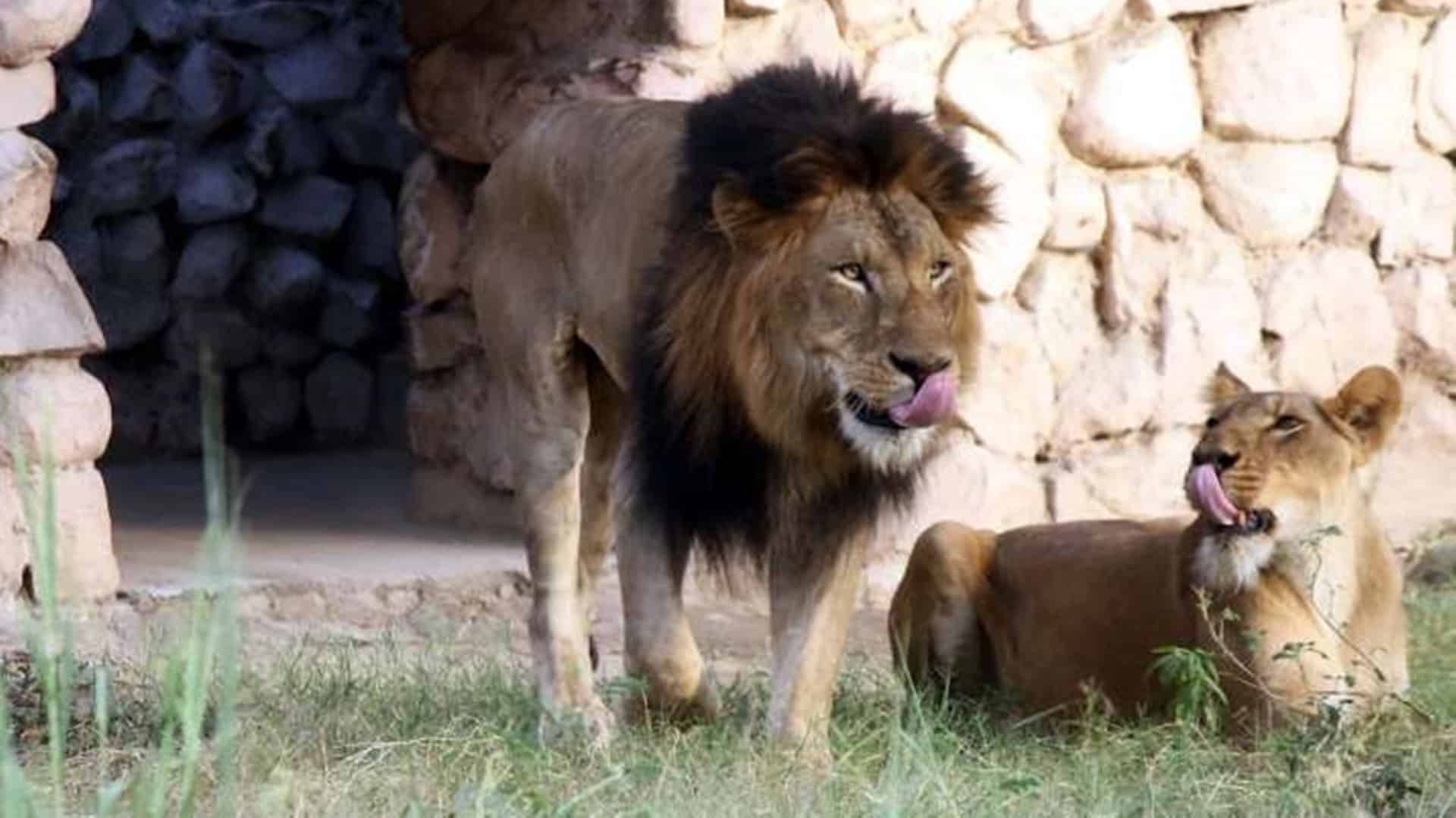 As many as eight Asiatic lions at Hyderabad’s Nehru Zoological Park have tested positive for coronavirus infection, in what appears to be the first known case of humans infecting the feline and making them sick in India. The Centre for Cellular and Molecular Biology informed the Nehru Zoological Park (NZP) on April 29 that the RT-PCR tests of these lions had come out positive for coronavirus, The Hindu reported citing sources.

The scientists have cautioned the officials to take precautions and start the medication at the earliest. The report further said that the zoo authorities are likely to conduct a CT Scan of the lions to know the impact of the infection on their lungs.


The four female and four male lions, who tested positive, are active and doing well. The lions are housed in the 40-acre safari area in the zoo, the report added. The animal facility has a total of 12 lions. 8 among the 12 were found coughing and with nasal discharge along with loss of appetite. Following the observation, the zoo authorities decided to get the lions tested for COVID-19.

Soon, the vets took oropharyngeal swab samples of the feline and sent them to CCMB. Around two dozen park staffers also tested COVID-positive recently. The animals might have contracted the virus from them, says the report. The daily stated that CCMB scientists will now do genome sequencing to figure out if this strain came from animals or human beings. The facility has been closed to the public for two days.

India has recorded more than 20 million Covid infections, but the government says that cases are “slowing down”. t The country added more than 355,000 cases on Tuesday, down from more than 400,000 daily cases on 30 April.