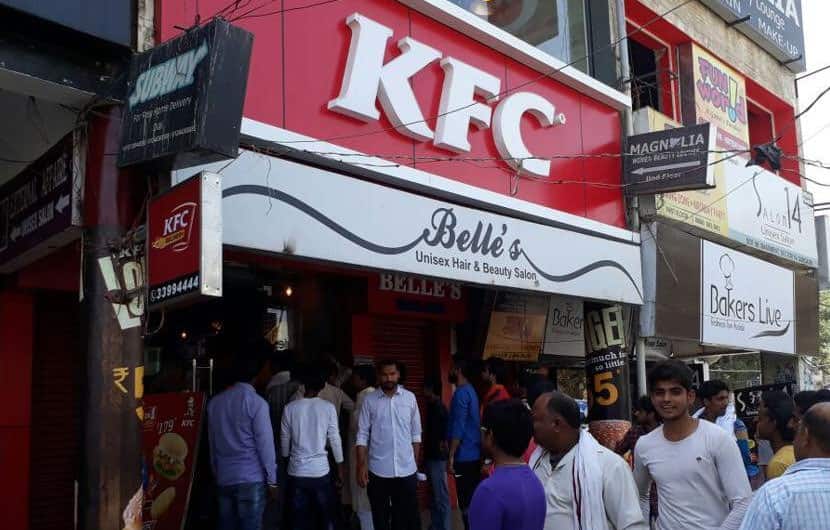 In addition to more than 300 meat shops, KFC has been shut down in Gurgoan’s Sector 14 allegedly by Shiv Sena members on account of the nine-day Hindu festival of Navratri – where devotees eat vegetarian food. Supposedly, they want meat shops in the area closed on Tuesdays also, when Hindus are barred from eating meat.

According to reports, a district spokesperson for Shiv Sena said that it does not feel good when meat is being sold and served during Navratri and on Tuesdays – when a number of Hindus are keeping a fast. Supposedly, most shopkeepers had supported the move while those that resisted were “consulted”.

While Gurgaon police has said that they have not received any complaints so far, they would take action if any shops are being shut down forcefully and in violation of norms.

A KFC spokesperson had said, “As a responsible corporate citizen, KFC operates in compliance with the laws of the land. We have not received any notification from the authorities on limiting operations during the Navratras or Tuesdays. We would like to reiterate that KFC has the highest respect for the cultural and religious beliefs of all communities and believe that consumers are free to make choices and decisions.”

This incident has taken place at a time when Uttar Pradesh, India’s largest meat-producing state, is facing a strike against meat shops and complaints of harassment from state officials against the butcher community is being reported. However, the state government says it is on a drive to seal slaughterhouses that are illegal and operating without licenses.