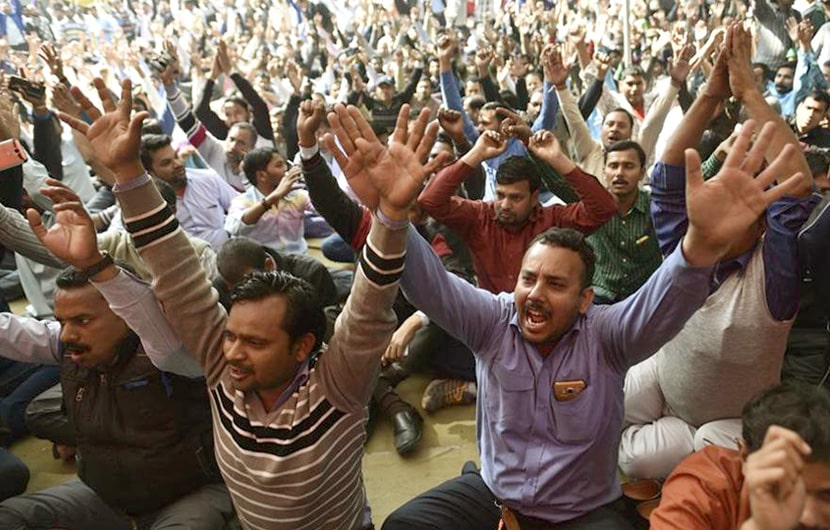 Entering the sixth day of Ola Uber strike in Delhi NCR, there have even been reports of a cab that was set on fire by unidentified protestors in Ghaziabad. Prioir to this, there were some instances of assault and vandalism reported.

The situation, though unfortunate, would have been an opportunity for Delhi government to promote the ease of travelling through public transport and its contribution to curb both congestion and pollution.

However, auto-rickshaws seem to be the biggest beneficiaries of the ongoing crisis. Reportedly auto drivers have been refusing to go by meter and are fleecing commuters on the fare. In Gurgaon, where autos have no meter rates, they are making the most of it by over charging and commuters have little choice but to comply.

Looking to capitalise on the Ola Uber strike situation, Jugnoo, who started as an auto rickshaw aggregator, has now ventured into the cab-aggregating market as well. While they have declined to comment on the same, Jugnoo’s co-founder and COO, Chinmay Agarwal said that their demand has “doubled” in Noida, Gurgaon and Delhi across Jugnoo auto rickshaws and cabs services.


One driver in Gurgaon, not wishing to be named, admitted that not all drivers are in favour of the strike but “fear” of running into trouble with fellow-drivers are keeping them from plying.

A weak public transport system made commuters rely heavily on private players, especially for last mile connectivity. However, the government could have used this situation to their advantage to revive the declining ridership.