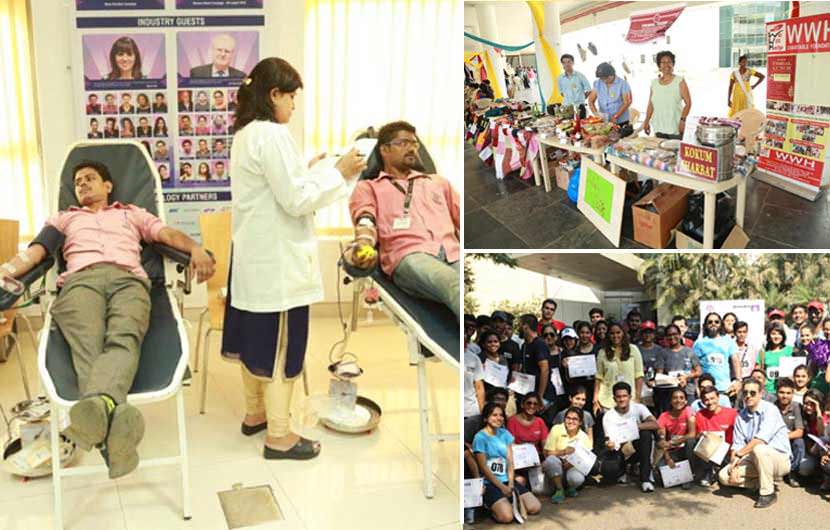 The students of Whistling Woods International hosted a two-day initiative to spread awareness on social issues faced by society at large. Project Saksham, a two-day event at the media and communication school, included a mini marathon – called ‘Cause-a-thon’, a blood donation camp, an educative panel discussion and a flea market.

“We feel extremely proud to host an event which aims at contributing and bringing a positive change in the society. We hope to have helped spread awareness about substance abuse, an issue that our society and the youth faces today. I am elated with the success of Project Saksham and to see Whistling Woods International students’ efforts bear fruit,” said Meghna Ghai Puri, President WWI.

The Mumbai-based film school has previously associated itself with several other NGOs to support social causes and work toward the welfare and development of the underprivileged.


The institute believes that such events and causes provide student a wholesome education. “The social sector is certainly something we have always given priority to and therefore we like to sensitise students to issues around them,” says Rahul Puri, Head of Academics at Whistling Woods International.

Rahul further adds that such events raise and spread awareness among their students which is very much part of their ‘need to know’. He goes on to say, “Film students, media students and others must be aware of social issues. How else will they use their expression to send relevant social messages? The media is not just an entertainment platform. It is also used to educate and we hope that by sensitising students they will make more social relevant and meaningful content that is valuable.”

Overall, philanthropy plays a substantial role in WWI. The school currently offers a range of scholarships for students across specialization and they are working on raising more. They train street kids from Salaam Baalak Trust – an NGO they are associated with – in vocational skills. In addition, WWI’s School of Media & Communication (SMC) has also associated itself with Organ India, Laadli – A Population First Initiative and Aseema among others.

Short course models for over 200 underprivileged children are held at the annual Celebrate Cinema in dance, drama and painting. The school constantly interacts with NGO’s and send students for sensitisation internships there as well.