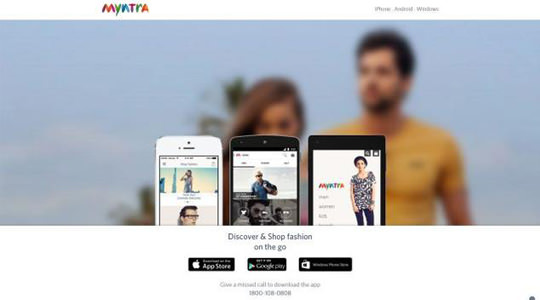 According to reports, India is home to more than 975 million mobile phone connections and the penetration in urban areas is growing at a whopping rate of 140 percent. These statistics are being seen by many e-commerce firms as a way to push sales. Industry stakeholders believe that mobile is the future of e-commerce. But will it be solely responsible for driving India’s entire e-commerce sector?

Homegrown e-commerce giant Flipkart recently disclosed that the company is planning to go mobile-only by September this year. This may be a move borrowed from fashion apparel company Myntra which was acquired by Flipkart and went app only recently.

”India is gradually transitioning from a mobile-first to a mobile-only country. At Flipkart, we have been following a mobile-first approach and 70-75 percent of our total traffic is already coming from our mobile app. We are constantly experimenting with various aspects of our service to create the best shopping experience for our users on our app. Meanwhile, we continue to offer desktop as well as mobile option for our customers,” a Flipkart spokesperson said.
According to a study by PriceWaterhouseCoopers, only 10 percent of the mobile users in 2013 had smartphones and barely five percent of the e-commerce transactions were through a mobile device. This figure has more than doubled to 13 percent of all ecommerce transactions via mobiles. ”According to some industry players, over 50 percent of the orders are being placed through mobile apps, which is not only leading to substantial customer acquisition but also building customer loyalty for various brands,” the study said.

However, experts have said that regular website-based e-commerce cannot be ignored for further growth of the industry. Rajan Anandan, MD of Google India has said that some 500 million people will be online in the country by 2018 and around 210 million of it will consist of population pertaining to the rural Indian community.

Nasir Jamal, secretary general of eCommerce Association of India (ECAI), an umbrella organisation of the industry with more than 100 members.

“This is because a considerable number of people still shop on their desktops. Since 3G, and now 4G, costs of mobile internet is still high, a large number of customers order through their PCs or laptops. When Myntra went app only in May, it reported a dip of about 10 percent in sales in the first month. Therefore, I will like to reiterate that app only platforms would lose out on a major chunk of revenues.” said Jamal

Another Indian e-commerce player, Snapdeal, said that it would focus on both platforms. ”At Snapdeal, the customer is at the centre of all initiatives. Our data shows there are still many customers who use PCs to shop online,” a Snapdeal spokesperson said. ”We do not want to force our customers to use one specific medium to shop on Snapdeal. We will continue to offer our services on both PC and mobile. We do not see this changing in the near future,” the spokesperson said. The size of the ecommerce market in India is around $20 billion and it is growing at an average growth rate of about 40-50 percent per annum, according to ECAI