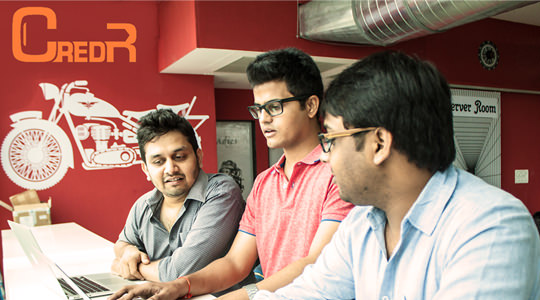 Online pre-owned bike marketplace venture CredR is all set to close a funding round worth US$ 15 million by the end of this month. The funds will be used for geographical expansion and improvement of its product technology.

CredR was seed funded by Snapdeal founders Kunal Bahl and Rohit Bansal and K Ganesh’s Growthstory. Now it is aiming at spreading to 15 cities by March next year. It is currently present in 15 cities.

“We are in the process of our next round of funding from some marque investors. We hope to close it by this month,” CredR co-founder Sumit Chhazed told. Chhazed however denied to mention any of the investors involved in the funding round.

Chhazed said the funds would be used for technology and scale up presence.

“Our target is to have presence in 15 cities by March 2016. We are present in Mumbai, Pune, Bangalore and Delhi,” he said.

In context to the tech used, he said that CredR is working on a new technology for bike inspection and a pricing methodology. This will give more accuracy and acceptance among customers.

Chhazed further elaborated on the company’s plans for the future. He said that CredR is targeting at around 1,000 transactions a day by March 2016 that will end up with Rs. 100 crore of gross merchandise value on monthly basis. He further added that since CredR’s incorporation in Februrary this year, there have been 2,000 transactions with a GMR of 8 crores.