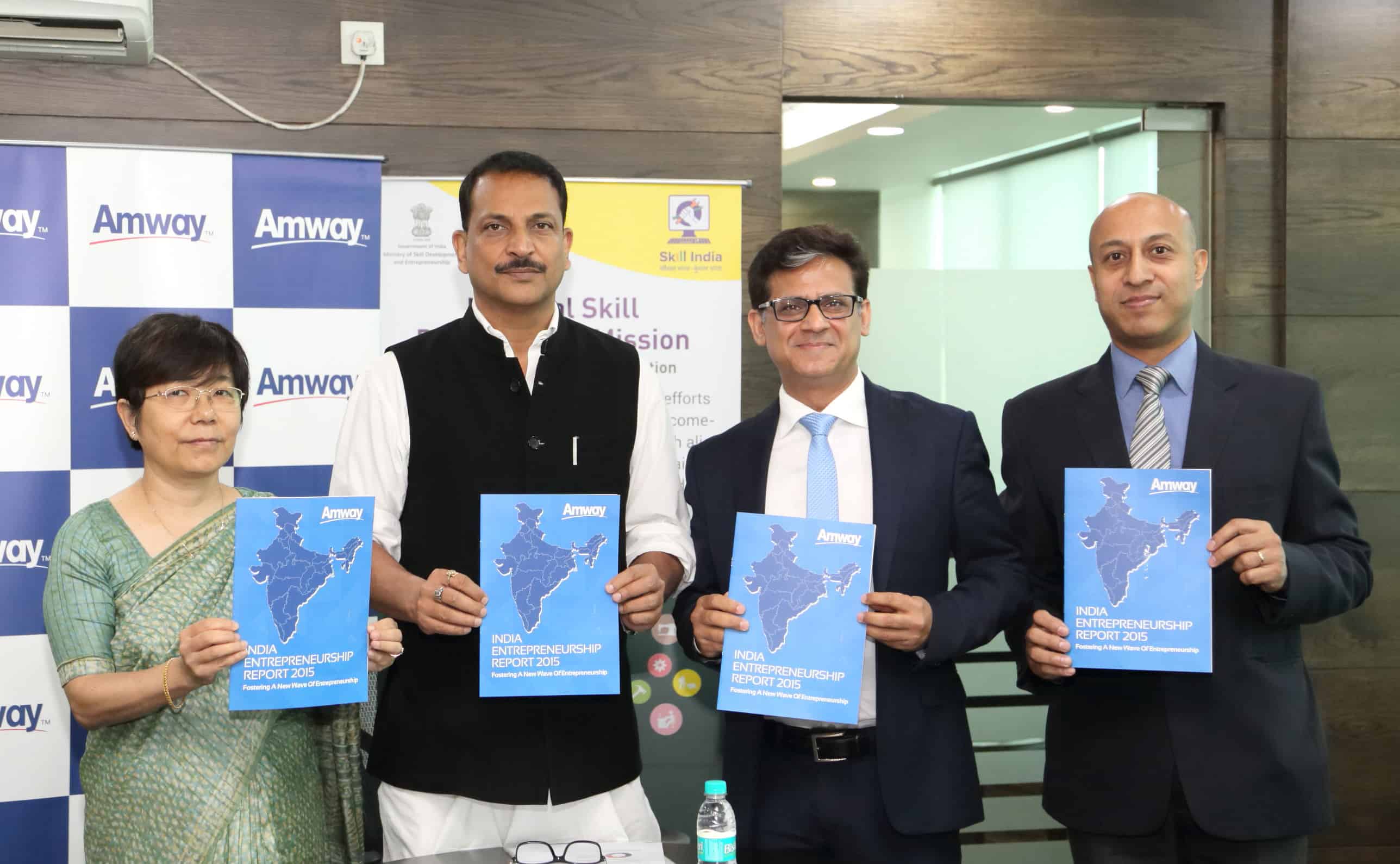 In a recent survey conducted by Amway to understand the latent enthusiasm for entrepreneurship in the country, as well as factors that motivate and obstruct the creation of new enterprises, the nation responded both in an optimistic and contemplative manner. While two third of respondents see entrepreneurship positively, 63 percent of the respondents expressed fear of failure as the biggest obstacle in starting their own business.

Partnered by Nielsen India, the survey had 250 households in each of the 21 states across 50 different cities. The total number of respondents were 10,768 individuals with 5,402  males and 5,366 females.  One male and one female member were interviewed in the 21-65 age bracket from each household.

Unveiling the report Rudy said, “The contribution of MSME sector (Micro, Small and medium enterprises) in India, is much less as compared to some of the developed nations. It is critical that there is entrepreneurship led boom at the grass root level for India to leverage the demographic dividend to the maximum possible extent.”

Anshu Budhraja, CEO, Amway India, said, “We are aiming to engage different stakeholders on what drives entrepreneurship in India and contribute to the on-going discussions on the role of skill development and self-employment in improving employability of the youth.

Among the two-thirds of the respondents, who view entrepreneurship positively, the three states with most positive attitude it are  Kerala (78 percent), Punjab (77 percent) and Uttarakhand (76 percent). Almost one in two respondents i.e. 47 percent said that they had either thought about starting their own business or are actively pursuing one.

Access to finance (41 percent) and Family support (35 percent) emerged as the most important factors to start one’s own business. 73 percent of the respondents believe that anyone can be trained/ educated to be an entrepreneur.

62 percent of all respondents thought that the education they had right now was sufficient to start their own business. Jharkhand has the highest number of respondents (60 percent) who say that they are actively pursuing a new business, followed by Uttarakhand (40 percent) and Uttar Pradesh (29 percent).

Overall, 19 percent of respondents said that they are very open to starting a new business and in fact are actively pursuing one.

Though there has been an upsurge of investors in the past few years, 83 percent respondents voted banks as their main port of call for starting a business. This insight clearly point to the role of financial institutions in fostering and facilitating entrepreneurship. Friends and family came second on this index with 78 percent.

However, across gender, income and age, the fear of failure emerges as a clear psychological barrier in starting a business with 63 percent of the overall respondents expressing it. 31 percent of respondents found financial burdens up to bankruptcy as the most important cause for the fear. Non-conducive market conditions (24 percent) and fear of unemployment (23 percent) were the other key causes of the fear.