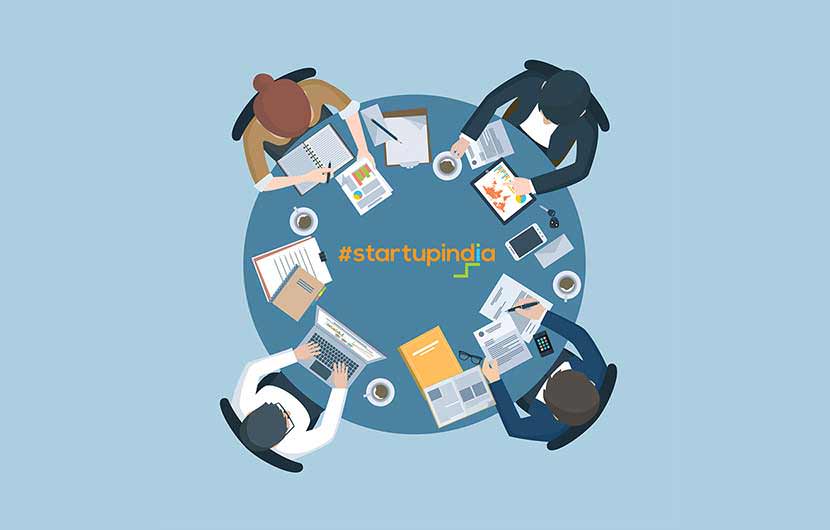 Startups that qualify under the Startup India plan will now get an added boost from the central government as the Union Cabinet approves the commerce ministry’s proposal of Alternative Investment Funds (AIFs) funding at least twice the amount as that of the Fund of Funds for Startups (FFS) – which supports the AIFs.

Looking to support Indian startups with funding, the FFS was set up in June 2016 and is being managed by the Small Industries Bank of India (SIDBI) with a corpus of Rs 10,000 crore. Lending more support, the Startup India Action Plan houses 19 action items for startup’s benefits – including funding support. This includes guidance and hand-holding, incentives and industry-academia partnerships and learning programs and incubation plans. Depending on whether early stage, seed stage or growth stage, the FFS ‘contributes’ to the AIFs for investing in equity and equity-linked instruments of various start-ups.

In FY16, an amount of Rs 500 crore was released towards the FFS corpus and in FY17 another Rs 100 crore. So far under this, 713 startups have been recognised by the Department of Industrial Policy and Promotion (DIPP). A Credit Guarantee Fund for start-ups is being set up with a budgetary corpus of Rs 500 crore per year, keeping in mind the high risk activity involved in debt funding startups. This is being phased over the next four years which will give banks and other institutions providing loans to start-ups a credit guarantee cover. A senior government official involved in the exercise has said that this is being done to mostly provide an impetus for enabling flow of much-needed credit to the start-ups.

The DIPP is in continued interaction with various stakeholders and in doing so it has understood that the AIFs investors would prefer to keep their portfolios adequately diversified so as to reduce the risks involved in making investments restricted to a single pool. Another issue raised by stakeholders was that the finding process was overtly long-drawn – which starts at the startup pitching, then the commitment by AIF followed by the release of the funds in portions. This could result in the startup crossing the Rs. 25 crore turnover mark before the release of the final installment. However, it may still require funding assistance to manage and continue its growth in addition to the startup’s need to access funds through its various stages. DIPP had also raised the issue that currently there are no provisions for SIDBI to receive compensation compensated for activities done after sanction to AIFs.


In addition to the funding aspect, the Centre is also looking to set up a policy framework to include private sector expertise which could add to the idea of fostering an entrepreneurial ecosystem in India. The government is also looking to establish incubators across the country under a private-public partnership mode. According to the plan, 35 new incubators are being set up in existing institutions and 35 entirely new ones within the private sector – for which the DIPP has reached out to over 200 corporate houses seeking their interest in the same.

Under the Startup India scheme there are currently close to 300 government-run incubators that can certify and recommend startups. However, there are sector specific incubators also being planned by Niti Aayog – the Cenre’s think tank – under the Atal Innovation Mission. Along with this, 500 tinkering labs are also being created to promote entrepreneurship, provide pre-incubation training and a seed fund for high growth start-ups.

Also, last year Delhi University’s South Campus got an incubation centre that is being set up separately by the Ministry of Electronics and Information Technology with educational institutions. Within the next five years, the ministry plans to incubate 50 early-stage startups under this scheme and create at least five global companies in the electronic systems design and manufacturing (ESDM) sector. With this, early stage startups – startups that have not begun generating revenue – could get help from the incubator with commercial and technical side of product development. They could also avail of mentorship with industry veterans, services dealing with taxation, legal and accounting issues along with business counseling.

Apart from the Central government’s measures to include private players, state-level governments have also been reaching out to corporate to involve them in promoting startups. For example, ventures like Amazon, IBM, BSNL have tied up with the Karnataka government to promote technological startups under the state’s “booster kit for startups” – to encourage the startup ecosystem. Startups that have registered with the state’s administration could get subsidized services and offers from these companies including web and cloud-hosting services, telecom offerings and more.

In countries outside India, larger business houses absorb some of the technology startups to support and augment their own value chains. In India too, traditional firms will need to plan inducting some startups for their own value chains. Experts also suggest that corporate will need to offer more than just funding assistance to the startups in order for the incubator program to be optimally impactful.