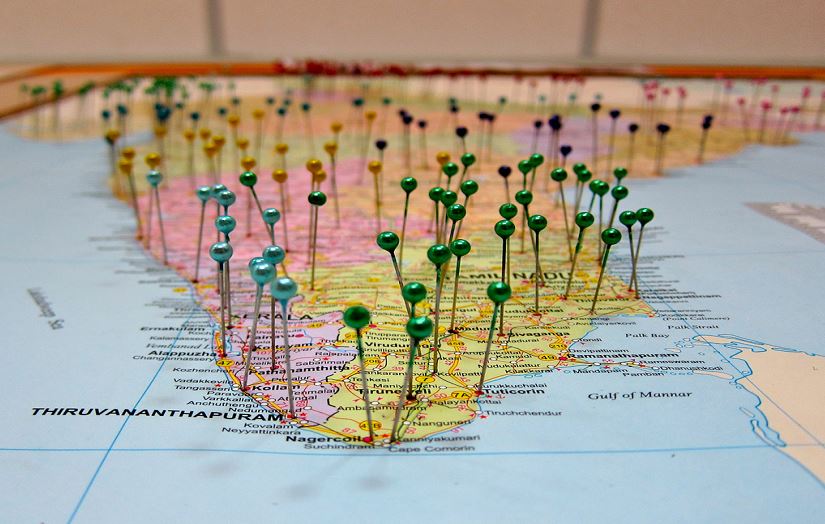 Across India, state governments have jumped the Startup India bandwagon

In order to promote the startup culture in the country the central government had launched the Startup India campaign about a year ago. Now, influenced by the move, state governments have also started promoting the same across the country. While some have set up funds in the states, others are also setting up incubation centres and providing incentives to boost the entrepreneurial ecosystem at state level.

Here are a few states that have made announcements and jumped the Startup India bandwagon:

In January itself the West Bengal government had launched its policies relating to startups. In order to nurture and promote startups in the state a website by the name of startupbengal.in was also launched where all stakeholders could converse on a single platform. Through this, startups and their entrepreneurs, investors and other service providers get an easier, smoother point of communication. The policies announced are expected to be in effect up until 2021, December.

The UP government, focusing on IT, has planned to set up IT parks and cities across the state and provide world class facilities. They are looking to get more investments for IT into the state and are therefore promoting startups in the particular field. The policies are expected to remain in effect for at least 5 years.

The Odisha government seems interested in the startup sector and have therefore come up with a 10-year plan that lasts till 2025. They had announced this plan alongside their Make In India plans in February last year and have a vision of becoming one of the top three investment destinations in India. Along with promoting investments, the state’s plan is also expected to create a lot of employment opportunities.

Karnataka has a put in place a five-year plan, with specific targets. With the policies set, the state is aiming to create around 18 lakh jobs with around 2000 technology-focused startups and another 600 product-based startups. Karnataka also wants to set up at least 25 technology-related startups to address various social issues.

Gujarat has a model that is quite unlike other states across the country, they have come up with a strategy that is three-fold. The strategy involves innovators – who are expected to come up with ideas; followed by institutions – who will facilitate the ideas and lastly the government committee would approve and finance it.

The Jharkhand government is looking to encourage startups across sectors like Alternative Energy, Health, Agriculture, Information Technology, Tourism and Biotechnology. For this, the state government has announced the setting up of an innovation lab – with the help of IIM Ahmedabad. An amount of Rs 10 crore has been facilitated for Innovation and Incubation Centres across the state.

An amount of Rs. 15 crore has been allocated from Rs. 169 crore allocated for IT fund. The Goa Chief Minister has also announced Rs. 50 lacs to encourage incubation centres across the state along with the proposal of a startup promotion board. The state hopes to create about 4000 jobs a year through these policies.

There are special provisions for startups along with tech-assistance – for server and software – and an effective single-window system. These non-fiscal incentives are applicable to incubators, accelerators and startups. The state has also put in place awards for innovation.

The Andhra Government has put in place Fiscal and non-fiscal incentives. Under the former, the The incentives available for MSMEs in the IT policy would also be directly applicable to the startups. In addition, reimbursement of VAT / CST on goods supplied to the Incubator or incubatee and on sale or leasing of goods by Incubator to incubatee would be provided incentives as per IT and Electronics policy and funding support from the government.

The Bihar government came up with the Bihar Startup Policy in 2016 and was finally amended and approved the year after. A corpus of Rs. 500 crore was set aside as venture capital, which would be given to promising startups from the State. Of the Rs 500 crore venture fund, the state had put in place a policy wherein 22% would be for scheduled cast (SC) and scheduled tribes (ST).

To enable the startup ecosystem in the state, the ‘Startup Chhattisgarh’ scheme was launched in September, 2016. In order to handhold and support startups, a dedicated website was launched at the event. To promote innovation and the overall ecosystem, the state government had proposed boot camps in all 27 districts of the state which would be used as a platform for startup ideas to be pitched and the selected ones would get incubation opportunities. The startup founders would also be provided with support for plan development, prototype building, market testing of the product or service and funding. These will be supported by the help of startup gurus and subject matter experts.

The Kerala Startup Mission (KSUM) covers capacity development, infrastructure development, funding and industry association. They are aiming at all three levels to connect the ecosystem and push innovation in schools, colleges and startups themselves. The government declared that the startup-policy was aiming to accelerate the growth of entrepreneurs among students. Entrepreneurs will not only be given infrastructure facilities but mentorship as well to enable them to introduce market viable products and services. Entrepreneurs will also receive mentoring and development programmes, seed fund assistance and exposure programmes.

In line with the Startup India mission, the MP Incubation & Startup Policy 2016 was put in place to promote and encourage the startup culture in the state. As part of the policy, the government has placed several incentives for both incubators and entrepreneurs. For the former, these include state support for equipment and facilities for the first 3 years. Incubators will also get operational assistance, exemptions on stamp duty and registration, mentoring assistance and capital assistance in the form of capital grants of max 50% for Fixed Cost Investment of up to Rs. 50 lakh – not including land costs.

Incentives to startups and entrepreneurs include a lease rental subsidy, subsidies on patent or quality promotion, marketing assistance, credential development assistance and subsidy on interest. Under interest subsidies, eligible startups get a 5% subsidy per annum for a period of 3 years on the rate of interest paid on loans.

The Telangana government revealed a series of policies and initiatives to promote startups in the state including setting mobile incubators, seed funds and industry-based initiatives. In order to execute, it has also signed several MoUs and partnerships with various companies. The state government is looking to develop a 1million sq.ft. area dedicated to startups and develop plug-and-play workspaces. The government is also planning to float a Rs. 2,000 crore innovation fund and a separate Rs. 250 crore seed funding. Above and beyond this several more tax incentives and reimbursements have also been proposed for startups in various industries including those in gaming, animation and video production.

The Uttarakhand government has outlined policies which will remain in effect till June 2021 and about 21 fields are mentioned to which the benefits under the state’s startup policy shall be applicable. Among other things, the policy offers reimbursements on VAT/CST to incubated companies for the first 4 years. The government will also match the funding raised by incubators on a 1:1 basis. Further, for training purposes, every employee recruited within the first 3 years from incubation shall get an amount of Rs. 25,000 a year – under the training assistance clause.