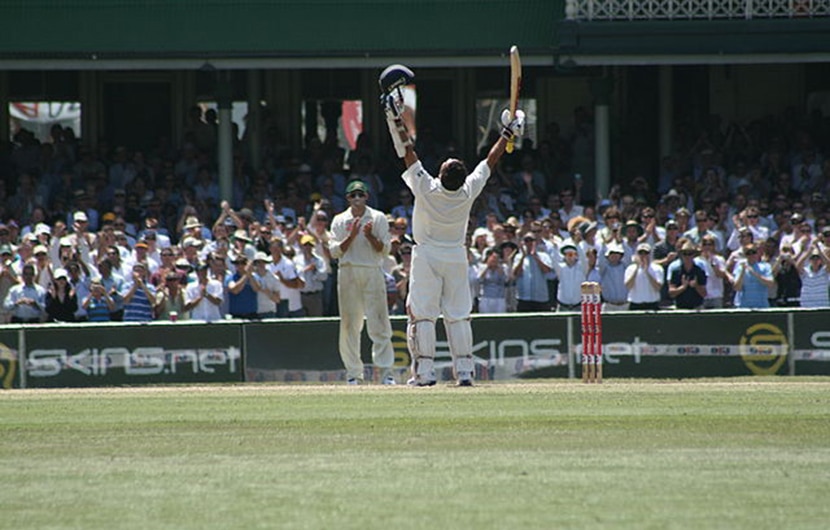 Cricket has seen many sporting greats come and go with only few taking the tag of greatness up to the label of a ‘legend’ In India, there is a certain Sachin Ramesh Tendulkar, who single-handedly united the, otherwise divided on many issues, nation whenever he came on to bat. Tendulkar turned 44 today.

As he kept carving magic with a piece of wood in his hands, the universe watched in awe. The crowd rose with him in the exhilaration of a century and fell with him every time he was dismissed in his 90s. His straight drive is still considered as a therapy to soothe nerves.


Respected by all human beings alike, here are some of the quotes that best reflect the 24 years cricketing career of ‘Master Blaster’

2. “Beneath the helmet, under that unruly curly hair, inside the cranium, there is something we don’t know, something beyond scientific measure. Something that allows him to soar, to roam a territory of sport that, forget us, even those who are gifted enough to play alongside him cannot even fathom. When he goes out to bat, people switch on their TV sets and switch off their lives.” –British Broadcasting Corporation (BBC).

3. “On a train from Shimla to Delhi, there was a halt in one of the stations. The train stopped by for few minutes as usual. Sachin was nearing century, batting on 98. The passengers, railway officials, everyone on the train waited for Sachin to complete the century. This Genius can stop time in India!” –Peter Rebouck, an Australian journalist.


4. “I have seen God. He bats at no.4 for India.” –Mathew Hayden, former Australia cricketer.

5. “There was a big party where stars from Bollywood and cricketers were invited. Suddenly, there was a big noise, and all wanted to see approaching Amitabh Bachchan. Then Sachin entered the hall, and Amitabh was leading the queue to get a grab of the genius!!” – Shahrukh Khan, Indian actor, in an interview, when asked to name the most prominent celebrity.

6. “To me he will not just be remembered as a great player and a lovely human being, but as somebody who tried to learn Bengali for the last 14 years but never managed to do so!” –Sourav Ganguly, former Indian captain.

7. Words from a 70-year-old English journalist in 1992- “Gentlemen, he is the best batsman I have seen in my life. And unlike most of you, I have seen Bradman bat.”


8. The ex-Australia captain Mark Taylor after Sachin’s amazing performance in Sharjah- “We did not lose to a team called India. We lost to a man called Sachin.”

9. ‘In an over, I can bowl six different balls. But then Sachin looks at me with a sort of gentle arrogance down the pitch as if to say ‘Can you bowl me another one?’- Adam Hollioake.

10. “Don’t bowl him bad balls. He hits the good ones for fours.” – Michael Kasprowicz.