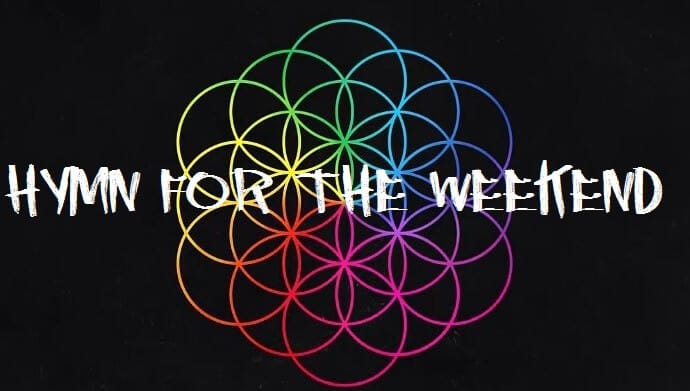 A recent video by the rock band Coldplay, titled Coldplay’s Hymn for the Weekend has created social media uproar in India. The reason is obvious—the video have been shot in India, depicting Indian culture centered on Mumbai, temples, holy men in temples etc. There is also a brief shot with the Bollywood actress Sonam Kapoor running in an Indian avatar in the video.

However, it is not Sonam Kapoor making headlines this time, but an issue of ‘cultural appropriation’ in the video which has caught the attention. Right from American singer ‘Beyonce’, who is also featured in the video, to the street culture depiction of India, there are reviews about everything on the internet.

The video in detail shows Chris Martin calling cabs around Mumbai, glimpses of temples with holy men in temples; then, the mainstream festivals of Holi and Diwali have been shown in an exuberant colorful style. American singer Beyoncé portraying the role of a Bollywood star, everything is inviting reviews and comments from the Indian internet culture custodians.

In action, the Holi festival is shown with people throwing brightly coloured powder at each other, and Chris Martin travelling past ancient sites and through crowded streets in a tuk tuk.

However, the filming of the video has not gone down well with some people, who strongly feel that India has not been shown in a culturally appropriate manner. Even, Beyonce in traditional Indian dress is tasteless. The bits of Indian culture has been misused, as this not what the Indian culture is all about; or, to say it is just ‘stereotyping’ the Indian culture.

On the other hands, there are some who point out similar Coldplay videos, including Princess of China, which featured Rihanna wearing traditional Chinese clothes. Few people on the social media have also shared that this uproar is about nothing as Coldplay has spent time in India, and only tried to immerse themselves in our culture.

One tweet suggests: “If dressing Indian makes her [Beyonce] guilty, what about Indians who dress western?”

It raised questions about whether Beyonce, as a black American woman, should be dressing up as a Bollywood star.

Others argue that the video shows Coldplay’s cultural appreciation of India, not appropriation.

One tweet suggests that using my culture as a prop for their music video. India isn’t just street kids and exotic women.

It is quite clear that after the launch of this new video, there have been mixed social buzz surrounding of what we understand, or claim to perceive about the Indian culture. However, India is a land of rich culture and strong traditional values. A 5-minute video cannot necessarily capture the complete diversification of our cultural heritage. One should look at it from a wider perspective of proud depiction of Indian tradition, with smiling, colourful faces. And, clearly traditions which we have held for long, close to our hearts.

Cancel reply
Why ‘Free Basics’ is causing digital uproar
In a world connected by social media, digital marketing is the new trend