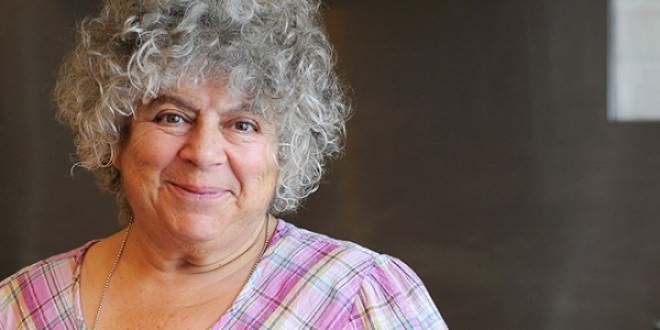 British actress Miriam Margolyes, who is known for her portrayal as Professor Sprout in the popular book series Harry Potter is amazed with the Indian culture, especially with the way senior citizens are treated here in comparison to her hometown in Britain.

The BAFTA Award winner star was in Jaipur as a part of BBC’s series “The Real Marigold Hotel”.  Margolyes who was paid 10,000 pounds to be a part of the show had to spend three weeks with Doctor Who” Sylvester McCoy, dancer Wayne Sleep, singer Patti Boulaye, comedian Roy Walker, TV chef Rosemary Shrager, ex-newsreader Jan Leeming and flamboyant darts player Bobby George in a mansion in Jaipur.

In an interview with the Radio Times, she said, “Old people have a much better time in India because they’re respected. Here we can’t bear them. But, tough, I demand it. I was waiting for a train at Waverley station in Edinburgh. My knee was hurting so I asked a young man for his seat.”

“He replied, ‘There’s one over there.’ I said, ‘Please,’ and when he refused, I poured my water over him. He swore and another lady said, ‘You assaulted him. I’m reporting you to the police.’ She did. Nothing happened.”

The actress who fell in love with the Indian culture just like her house mates said she is aching to come back to India and spend a month or two in the country. However, when asked if she would like to retire and spend the rest of her live here in India, she said she wouldn’t want to do that because of financial constraints and quality of life.