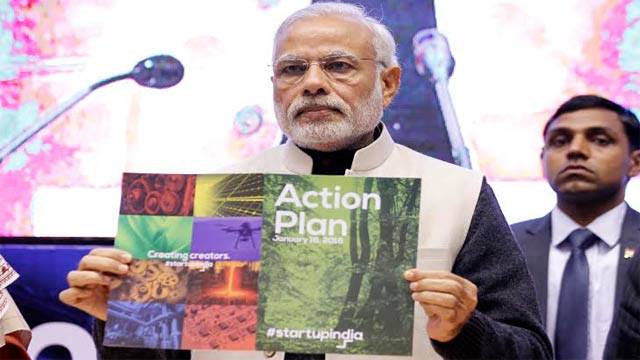 Around four months after the Startup Action Plan was launched by Narendra Modi in January, the government is now reviewing it to assess if things are on the right path. The department of industrial policy and promotion (DIPP) is collating the progress made on the plan and will report it to NITI Aayog.

The DIPP officials have already held two meetings to understand the developments so far. After recently revising the patent rules to create a conducive environment for startups, the DIPP has put together a group of 280 experts for assisting startups in filing their patent applications. The expert panel includes lawyers and consultants.

The reformed rules now provide accelerated services for patent registration and also include the definition of ‘startup’ for passing on the special benefits. The government also mapping incubation centres across the country in order to ascertain state-wise capacities of incubation and spread the startup movement in tier-II and III cities, focusing especially on the northeastern states.

The DIPP recently launched the startup hub along with the startup portal and mobile app to provide a single-point contact for the entire startup ecosystem. The portal will help startups to avail all the tax benefits announced in the Startup Action Plan.


Some of the incentives announced in the plan include a tax holiday and ‘inspector rajfree’ regime for three years, capital gains tax exemption and Rs 10,000 crore corpus for funding of startups.

The government has identified 93 research proposals, in these four months, by Indian Institutes of Technology (IITs) for their innovation potential or possible impact on industry. The proposals have been selected on how relevant they are for the current industry and businesses.

The DIPP will act as a facilitator between the IITs and the industry to take forward these research proposals. The proposals were considered under the Ucchattar Avishkar Yojana by the ministries of human resource development (HRD) and science and technology, and the DIPP as part of the Startup Action Plan.

The government has earmarked a sum of Rs 250 crore per annum towards fostering “very high quality” research among IIT students. Half of this funding will be contributed by the HRD ministry, 25% by the science and technology ministry and 25% by the DIPP.

Each project will be allocated not more than Rs 5 crore. The scheme is limited only to IITS at the moment.