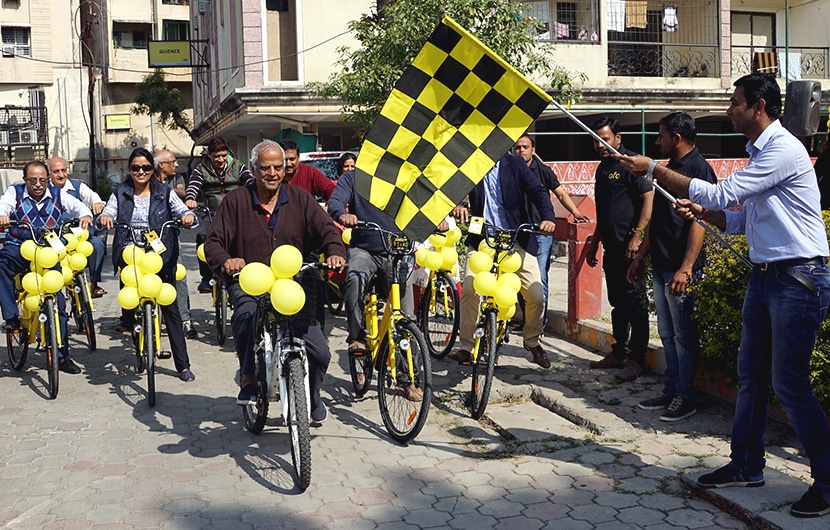 The company is looking to be one of the preferred modes of transportation within Indian cities for first and last mile commute.

With urban mobility in cities like Delhi bursting at the seams causing traffic issues and pollution-related nightmares, bicycle-sharing platforms may be able to bring a significant change. As citizens are becoming increasingly aware of the benefits cycling has on health and environment, companies like ofo and Mobycy are making significant inroads to catalysing the trend.

Rajarshi Sahai, Director of Public Policy & Communications, ofo said, “With overcrowded cities and unprecedented pollution levels, India is ripe for a cycling revolution and we wish to aid that by providing a healthier, quicker, and greener alternative to motor vehicles.”


In July 2017, ofo completed Series E funding of US$700 million, becoming the world’s biggest and most valued bicycle-sharing company. The Beijing-based bicycle sharing company has teamed up with selected gated communities and institutions in supporting their cycling infrastructure on a campus-scale for now, it plans to gradually scale up. The company is looking to be one of the preferred modes of transportation within Indian cities for first and last mile commute. This would contribute in lowering carbon emissions and improving health for commuters and city dwellers alike.

“Through these localised launches we look forward to providing people with a taste of an ‘easy-to-use’ bicycle-sharing experience and educate them about various benefits associated with cycling,” Rajarshi adds.

ofo believes that a growing culture of cycling will help in tackling pervasive motorisation that has turned rush-hour roadways in fast-growing cities into virtual parking lots and a generator of smoke and pollution. Their bicycles require no fixed docking stations, providing significant flexibility for users to find and return bicycles. They are technology-enabled and accessible via an app which is supported by Paytm for transactions.

India’s first dockless bicycle sharing app, Mobycy, recently went live in Delhi-NCR on Android Playstore. The Green Tech startup launched its operations with 5000 cycles and is looking to increase it to 50,000 in the next 6 months.