The startup is also looking to answer one of the key problems the country faces – last mile connectivity.

Striving to be the ‘Uber for bicycles’ in India, Mobycy, India’s first dockless bicycle sharing app is now live on Android Playstore for initial preview before the service launch – it will also be rolled out on the Appstore in a couple of days.

Co-Founders Akash Gupta and Rashi Agarwal have launched Mobycy to solve the growing menace of pollution and on-road congestion of traffic. The Gurgaon based Green Tech company was successful in raising seed Investments worth half a million dollars from an Angel Investor based out of the USA.

The startup is looking to make India a greener, fitter cycling nation. Their collection of Smart Bikes is enabled with IoT locks and GPS tracking, and hence, can be operated without docks or stations for parking. With the exception of gated communities, private compounds, etc. users only need to download the Mobycy app, find bikes in the vicinity, unlock them with QR Codes and upon completion, park the bikes safely in the vicinity.

The startup is also looking to answer one of the key problems the country faces – last mile connectivity. Mobycy believes their anytime, anywhere available bicycles will help commuters with their last mile distances of 3-6 kilometers. 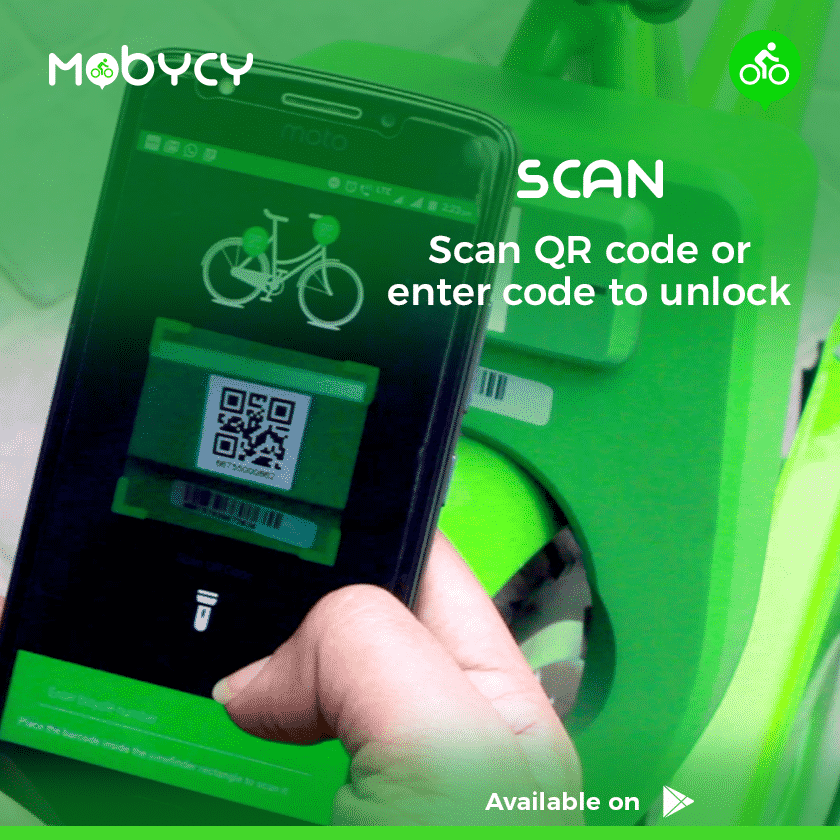 Speaking on the launch, Akash Gupta, Co-Founder of Mobycy, said, “The idea behind the startup is to leverage latest technology to make bicycles easily accessible and affordable, while promoting cycling amongst daily commuters for reducing the carbon footprint.”

Mobycy is launching its operations with currently 5000 bicycles and envisions increasing it to 50,000 in the next 6 months. The bicycles will be available in Delhi, Noida, Gurgaon, Chandigarh and Faridabad. The bikes will be available at various public places, like metro stations, markets, popular haunts like North Campus, Cyber City etc. Additionally, students from various colleges and universities, such as Amity Noida, MDI Gurgaon, and Delhi University etc. will be able to hire the Smart Bikes from Mobycy at a subsidized subscription plans.


The startup is further aiming for an aggressive growth. Increasing the existing number of cycles to 50,000, Mobycy wants to expand to 12 more cities in next 6 months and 20 key cities by next year.

“We further foresee a huge favourable response from our users who may want to adopt cycling for commuting shorter distances, leading a fitter, healthier lifestyle, and contributing towards fighting the pollution menace,” Gupta added.

The current model of Mobycy makes dock-less bicycling cheap at about Re 1 per hour ride, or less. Under the monthly plan, users will pay Rs. 99 for 2 hourly rides per day. Additionally, the users will have to sign up using their Aadhar identification and pay a nominal security deposit worth Rs 999, which is completely refundable. For students, the security deposit is only Rs 499 and signup will be using their college photo identification.

“We already know how pollution is a big menace, given the smog that recently enveloped major parts of North India. Along with pollution, traffic jams have grown to haunt urban mobility. At Mobycy, we envisioned a simple solution to these growing menaces – by bringing back cycling,” Akash said.