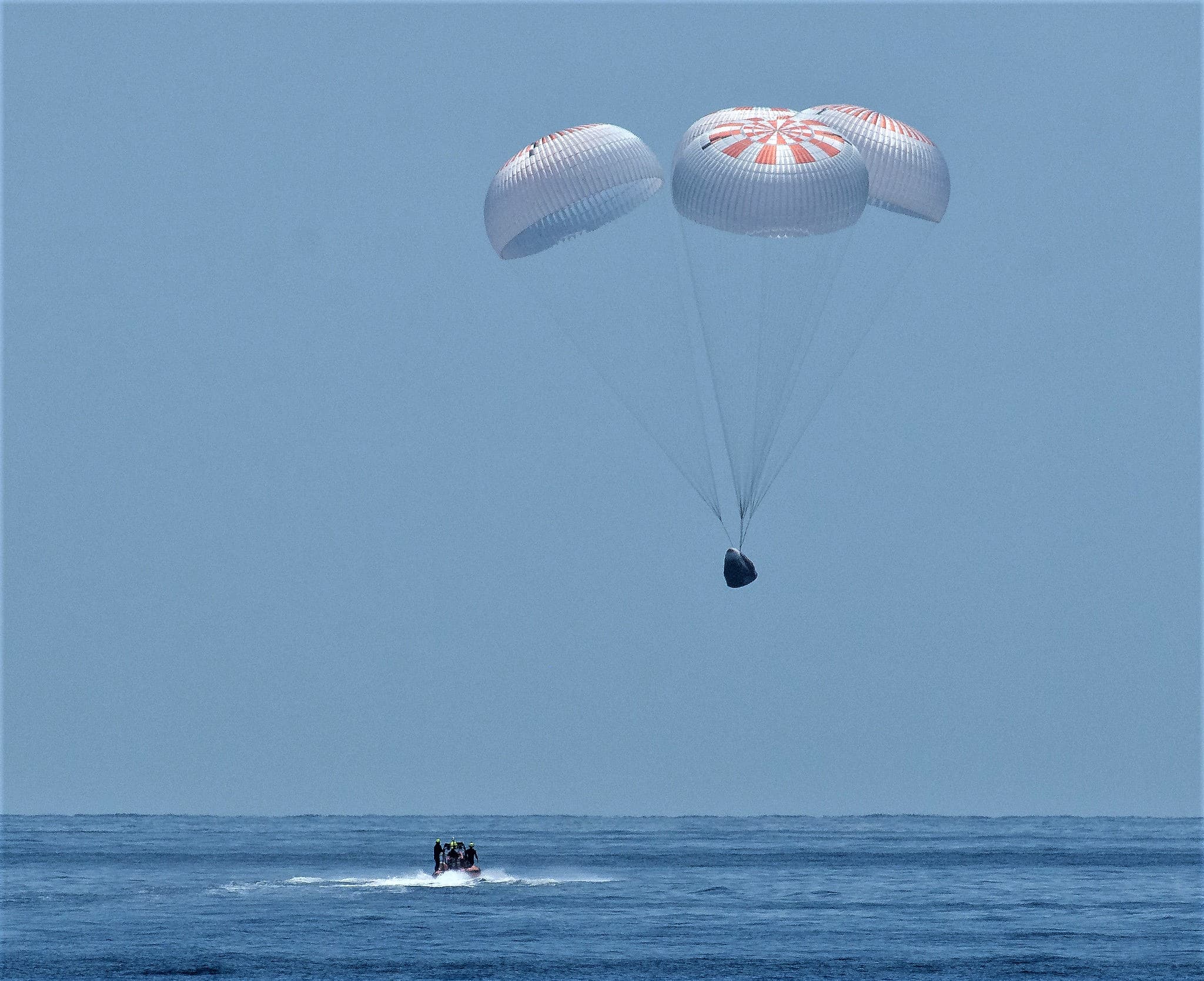 SpaceX made a historic splashdown with NASA astronauts Bob Behnken and Dough Hurley in the Gulf of Mexico near Pensacola, Florida after spending two months at the International Space Station. This served as a rare bright spot in a year full of turmoil and devastation, from the deadly COVID19 pandemic. Behnken and Hurley’s smiles and thumbs up, as they were helped out of the spacecraft, was reminiscent of the early days of the space program.

The Dragon spacecraft floated down under a quartet of parachutes and splashed down travelling 15 miles per hour at 2.48 pm Eastern time. This marked the first time NASA astronauts had landed at sea since Apollo-Soyuz, the joint US-Soviet mission in 1975.


Rescue crews descended on the Dragon spacecraft minutes after it landed, stabilizing the capsule as it bobbed in the water, said the Washington Post. They checked to make sure there were no propellant leaks. The spacecraft was then hoisted onto the deck of the GO Navigator, recovery ship, where medical personnel were waiting to check out the just-returnees – Behnken and Hurley. The Washington Post highlighted two hiccups in the recovery process. After the spacecraft splashed down, private boaters quickly surrounded the Endeavour before SpaceX safety crews could shoo them away. One boat with a Trump flag came mere yards from the spacecraft.

The Coast Guard in an official statement said numerous boaters ignored the Coast Guard crews’ requests and decided to encroach the area, putting themselves and those involved in the operation in potential danger.

NASA Administrator Jim Bridenstein described the success as a new era of human spaceflight. Gwynne Shotwell, president and chief operating officer at SpaceX, called it an extraordinary mission. “This is really just the beginning,” she said. “We are starting the journey of bringing people regularly to and from low Earth orbit, then onto the moon and then ultimately onto Mars.”

This mission was celebrated as a victory for the American space agency and its decision under former US President Barack Obama to entrust the private sector with the lives of its astronauts.