India’s regulatory environment and the role of a regulator has been evolving over the years. Regulation, simply put is an attempt to control or influence private behaviour in the desired direction by imposing costs on or proscribing undesirable behaviour. Since regulation can have significant consequences for economic efficiency and private incentives, it is usually justified only under special conditions.

COVID-19 has posed a significant challenge in the growth of economies around the world, and India is no different. The government is taking all necessary steps to revive the economy and support businesses across sectors while managing the crisis. And this has resulted in modifying the existing system, introducing new compliance, or making regulatory changes to ease pressure from businesses during the pandemic.

Regulators play a crucial role in the growth of Indian political economy as well as in enabling health & viability of a business. But the current Indian regulatory environment is not world-class and is majorly dominated by independent regulators. These regulators are accountable to parliament and come under parliamentary laws but are entrusted with limited jurisdiction & functions. They set standards, monitor compliance, and punish violations but with limited accountability enjoys independence in regulating markets.

It’s often the mindset and work culture of the government employees, which creates problems. Despite policies being framed to reduce bureaucratisation, the go-slow attitude remains deeply embedded in the country’s bureaucratic culture, which cannot be changed overnight. Only a gradual transformation is possible. Among the significant impediments to the improvement of the business environment are business regulations and legislations. Experts have pointed out that an unfriendly regulatory climate poses certain costs for business and reduces private investment. Regulatory impediments need to be adequately articulated, acknowledged, and measures are taken to minimise their adverse effect on the functioning of a business.

Also read: Indian MSME and ‘Country of Origin’ burden in the COVID-19 world

The Indian regulatory system so far hasn’t been of world-class standards. What businesses really need, is a conducive environment where regulatory and policy interventions are favourable and supportive and enable all businesses and enterprises from small to medium to scale. Regulators will have a vital role to play, and they have to create a framework of governance which, in my opinion, is sound regulatory governance based on various aspects. The most crucial role that a regulator has to do is to support the healthy environment of a sector and look at all the interests of the key stakeholders. For this, it must be maximum governance and minimum government.

I think regulatory accountability is essential because parliament gave regulators a lot of power. Perhaps, parliamentary committees which have associated with different segments could look into this aspect, and they could be a regulatory, economic impact analysis on an annual basis to see the regulatory decisions are in the right track.

A New Day, a New Regulator

Whenever there is a new regulator who comes or a policymaker, there is a broad excitement but also fear because there will be a new regime which will come in. It would require all entities or stakeholders to be accountable to those people who make adequate changes in the business to meet the regulatory requirements. And overcrowding a space with multiple regulators and with numerous agencies is perhaps not the right way forward. As I have said, the single most crucial test is, do you need a regulator in a space which, otherwise broadly functioning well and that can be addressed through effective policy and not by creating another regulator.

As such, the Government of India needs to create a friendly economic environment, economic growth, track investments, secure jobs and support small and medium scale enterprises. All of which are required to trigger the next cycle of growth and development for which you need to have the support and favourable policies, and most importantly, a regulatory framework.


Crisis can lead to Positive Change

Similarly, the E-commerce sector, which has grown exponentially amid the pandemic has attracted foreign investments, generated millions of jobs, and is supporting livelihoods of MSMEs. They need to be dealt with sensitivity. Overcrowding this space with multiple regulators is probably not the right way forward. Instead, regulators should introduce effective policies over bombarding the space with additional regulations which may hinder the growth of the sector.

The above thoughts are not an exhaustive list. Other relevant steps can be identified, which lightens the regulatory load from businesses to encourage their growth & health. Strict measures could be taken to implement mechanisms to evaluate regulators performance annually. Transparency of such activities will also be essential to ensure the overall quality of the regulatory ecosystem. At last, businesses expect more regulatory & compliance relaxations to revive, and a crisis can bring positive change, such as ease of regulatory pressures on businesses. 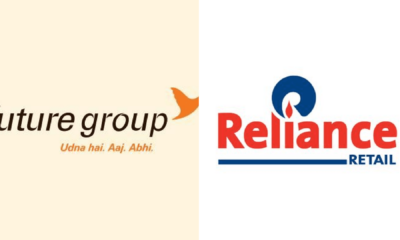 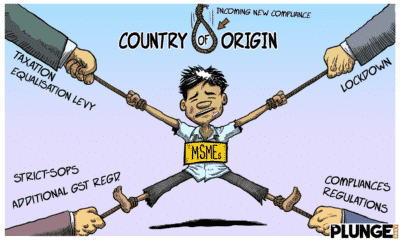 Maximum Governance and Minimum Government: Will an unchecked regulator ever let it happen?