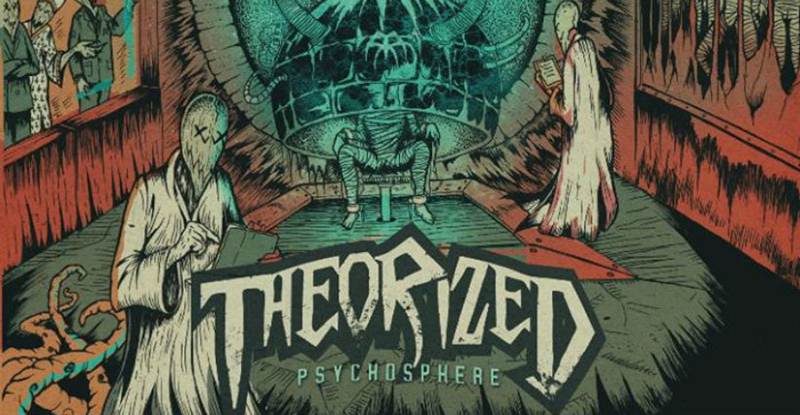 As the music industry grows, more disciplines attach themselves to it. Gaurav Basu, vocalist of Inner Sanctum and artist of Acid Toad is one among many artists who have been featured in the music scene. The Holy Trinity of visual art, music and literature notwithstanding, every art form now has its own niche, and many national bands have featured top quality artwork from the scores of prominent artists scattered across the country. It is increasingly becoming a given that a band releasing some music will automatically think about the visual aspect of their music and then follow it up with “let me ask my artist friend if he can do the album art”.

Here are some artists who have contributed visually to the national music circuit:

Bangalore-based Acid Toad aka Gaurav Basu is primarily influenced by psychedelic painters and digital art. With a certain meld of the two reflecting in his own pieces including for his band Inner Sanctum, he has also done art for Theorized, Workshop, Cheisrah , international artist Nale and several gig posters. Taking graphic art to a higher, more intricate level, he is one of the few musicians in the national scene to actively be doing visual art too.

With a recent nomination for official Black Sabbath artwork in which his piece was voted higher than thousands of others, Undying Inc bassist Reuben Bhattacharya has done art for many international acts. Dealing almost exclusively with art for music, for example album art, music magazines, record labels, there is now a large niche for customisability of his pieces. From phone covers to t-shirts, bands like Bhayanak Maut, Skyharbor(read here) an

Based out of America, this artist composed the intricate and colourful album artwork for Dualist Inquiry’s first album Doppleganger. A vibrant and loud piece that spoke through in very positive vibes, he went on to design the artwork for Sahej Bakshi’s next compilation, Subterra, a collection of electronica from acts like Frame/Frame (read here) and others across the country. Check out the innovative design processes he uses to create the artwork here.

Gig posters aplenty, he has done the artwork for Bangalore metal gigs Evilution and Sonic Doom. The artwork for The Slumbering Ent, a recent re-branding moniker for Metalspree, has also been done by him. Also, the upcoming metal gig Transcending Obscurity, happening a Mumbai on May 11 features his artwork.

Frontman of the long-gone Extinct Reflections, Graphicurry, aka Prasad Bhat, has been making a whole host of hand-drawn digital caricatures primarily from pop cultures of the West. However, a few pieces, like the caricature of Bruce Lee Mani of Thermal and a Quarter, show his versatility and contribution to visual art in the music scene.

A much more niche and upcoming artist, Deepak Reuel’s recent piece for The White Mug EP showed an illustrious usage of watercolour and some deft Photoshop touching up. With a lot of focus on gore and macabre styles, his art is slowly making a name for itself in the local community, especially with the tie-ups to the music scene.

The world of film, motion and projection has an important role to play in music too. Aside from the many artists/animators that have contributed to the scene via official music videos, there are several live visual artists whose features are markedly different from still art, especially when coupled with electronic music. Here is one such addition that made it into the list. Here’s an example of Deadmau5’s projection mapping, live!

Incorporating Projection Mapping, Motion Graphics and Stage Designs into the live set, modern live visual artists of the same niche seek to recreate the effects of the music in a “moving picture” medium. With flashing colours, bright lasers, and intricate designs superimposed over real live camera footage, it is an innovative step in the direction of live visuals for music.