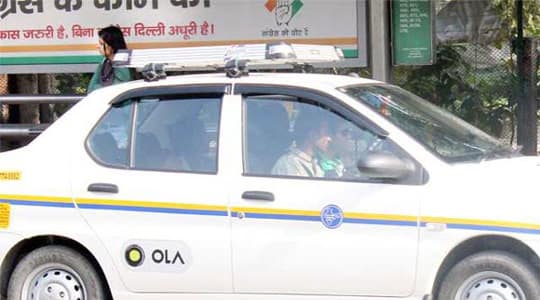 As the Delhi traffic police continued its crackdown on the app-based taxi services in the city , Uber said it has submitted the required documentation, including details of the drivers, to the transport department on Friday .

Meanwhile, thousands of Uber and Ola Cabs drivers did not turn up for work and commuters complained of the cabs going off roads.Around 450 drivers were prosecuted and 200 vehicles were impounded till Friday .

Vipin Kwatra, a driver who works for both Ola and Uber, said, “We are waiting for the problem between the taxi companies and the government to be resolved. I would rather lose a few days of earnings than have my vehicle impounded.”

Shailendra, an Ola driver, said there are over 40,000 drivers with these taxi services. “But since Friday , only around 5,000 drivers reported for work,” he added.
Meanwhile, the commuters failed to book cabs through Ola, Uber or Taxi ForSure’s apps despite multiple attempts. “I tried booking an Uber cab thrice, but no taxi was available. I finally went for another service provider,” said Manish, a resident of Sector 48, Gurgaon.

Ritu Kumar (name changed) said, “I tried booking an Uber cab at 2pm from Gurgaon to Delhi. They said double the amount will be charged today.”

Ola Cabs riders too had a similar complaint. Priyanka Pandey , a Noida resident, said, “I had to go to Delhi and thought of booking an Ola taxi, but none was available even after an hour. Finally I took Metro.”

Gagan Bhatia, GM (Delhi) of Uber, said, ” After a detailed discussion with the ministry , Uber has today complied with the minister’s request for data in a good faith that we are required by law to do so. We have provided details of all driver-partners and vehicles operating on the Uber platform in Delhi.” He, however, did not comment on the Delhi government’s request from the app-based taxi services for an affidavit affirming that the companies would comply by the government rules.

Reiterating the government’s stand, the Delhi transport minister, Gopal Rai, said, “The Delhi government makes it absolutely clear that it is not against any kind of business and will follow best practices to promote the interests of commuters, but will not compromise on women safety.”

This story was originally published in The Economic Times