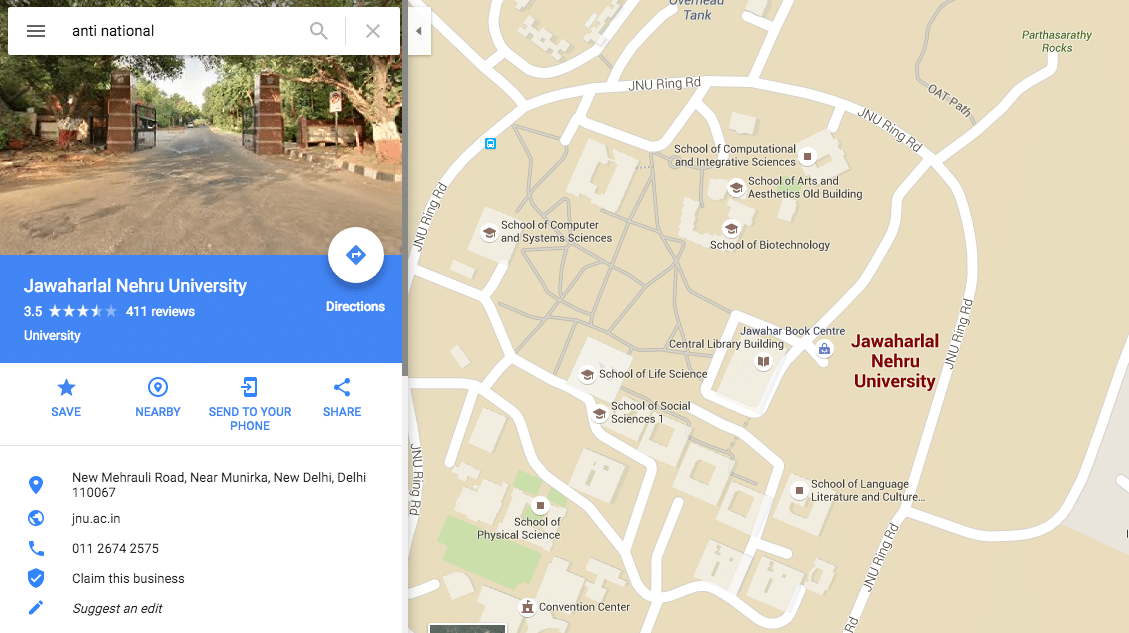 Google knowingly or unknowingly has acceded to the nationwide campaign to people judging and terming each other Anti-national. Some must have been under the impression that the Right of the centre was the certification authority to decide the fate of an Indian on the subject of nationalism.

Being in Delhi NCR all you need to do is search for Anti-National, and it will take you that place where the world’s all anti-national people breed. Jawahar Lal Nehru would have never known that a university after his name will help all lost souls using Google Maps to search Anti-National and reach the spot called Jawahar Lal Nehru University.


Quickly try for yourself!

It’s simple, and this is mischief by the same young population that we pride all over the world. Really??

I know what Google will say – ‘User Generated Content.’ — such are the Perils of Technology, slaves to the online hooligans. The online world was always informative, but it’s actively becoming destructive, and so are the minds of people world over.

All you need to take a moment and think, are you angry? Why are you angry? Are we turning fast into an angry nation? News debates, conversations, political discussions, religion, etc. There is anger everywhere. Snap out India and see the light before its too late. 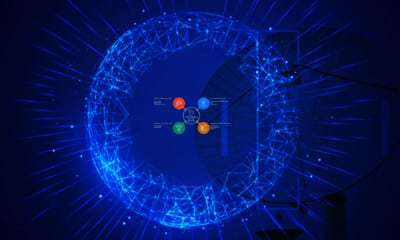 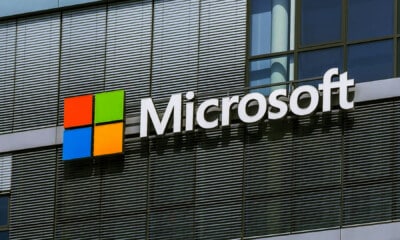 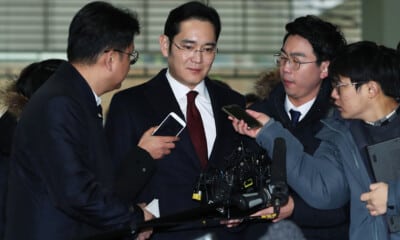