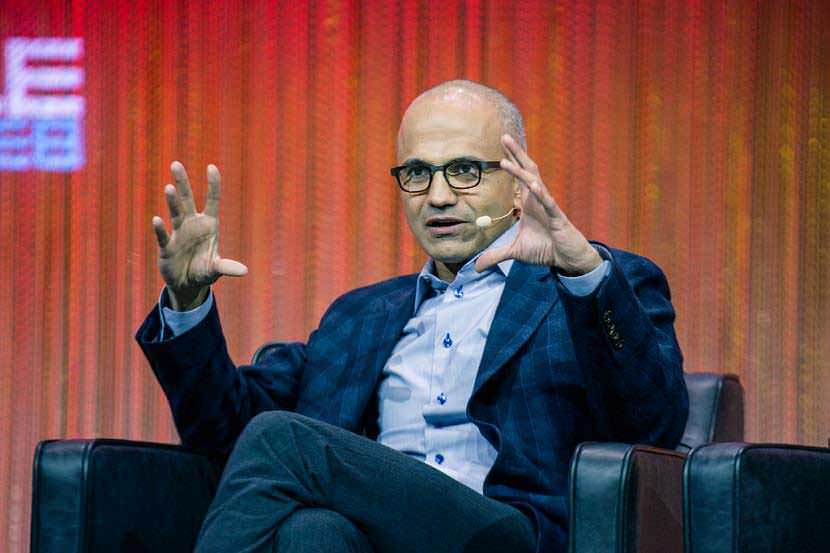 "We are focused on empowering every developer to build applications for this new era of intelligent cloud and intelligent edge," Nadella said

Microsoft’s brass satya Nadella, Scott Guthrie and Harry Shum on Thursday organized its annual developer’s conference where thousands of developers took part to witness new technologies. The conference ushered with Nadella highlighting the company’s attainment of 500 million Windows active devices. He also spoke about how Windows, Microsoft Office and Microsoft Azure together offer developers more than a billion opportunities to connect their innovations with Microsoft customers.

“In a world of near infinite compute power and an exponential growth in data, we are focused on empowering every developer to build applications for this new era of intelligent cloud and intelligent edge,” said Satya Nadella, CEO, Microsoft.

The company had also announced its new Azure data and cloud services to help developers quickly modernize their existing apps, new AI and Azure services that allow any developer to build intelligent apps more easily, with understanding and natural user interaction capabilities, and showcased new data, IoT edge and AI services built for a future with an intelligent cloud and intelligent edge.

The update may feature Microsoft’s new Fluent Design system — its new design language for writing Windows apps. Similar to Google’s Material Design, the update is something most anticipated.


Also, new things will be on-board – The Microsoft Graph to provide easier hand-offs when you move between devices. Along with better user interface, a timeline for switching back to recent activities; a smart virtual clipboard to allow users to share clips from other OS such as iOS and Android phones and lastly, an updated integration with OneDrive that provides user more control when files are downloaded from the cloud.

It is expected that the update will also contain a new creative application from Microsoft.

Accessible through Microsoft Azure web portal, it will allow users to have a command-line access to cloud resources directly from browser. Along with this, the app will provide users with the ability to analyze the workloads running in Microsoft’s public cloud. It will also provide functioning for basic management like stopping and restarting virtual machines.

Basically the two modes will allow developers and administrators to complete more work without personal computer easily and quickly. The concept behind the mobile app is dedicated for administrators that could fix an issue with their Azure.

Google’s Cloud Shell which came out last year also offers developers on Google Cloud Platform to engage with a Linux terminal environment from any browser, having pertinent storage.

The vital benefits of Cloud Shell is that Azure’s command line tools are preconfigured for users – meaning that they can write commands on the cloud without requiring to set up their environment.

Currently, developers can use the bash Linux shell with Cloud Shell, while rest can hope and wait for Microsoft’s PowerShell, which may release soon.