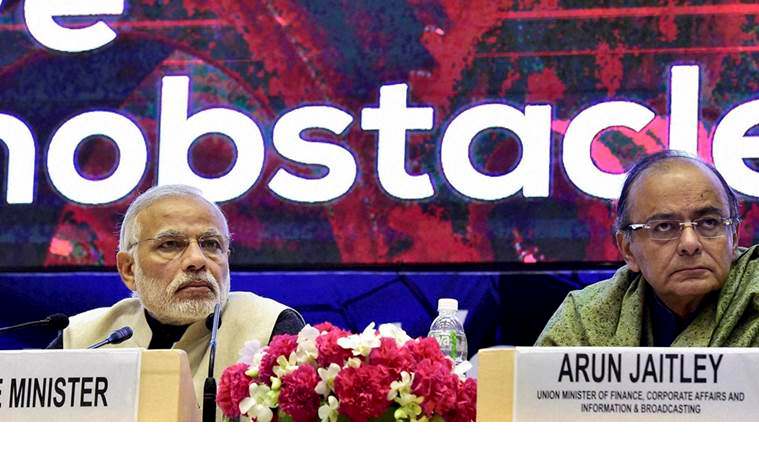 The launch of the startup India, standup India has created a positive buzz in the entrepreneurial sector. The tax exemptions and separate funding for start-ups has generated a lot of good will and positivity towards the government.

Prafulla Mathur, Founder and CEO, WudStay said, “The initiative launched by PM Modi will surely set an enabling and conducive environment for startups in India. We are overwhelmed to have such support from the Government which will certainly make a big boom in the Indian startup ecosystem to fuel the economy and create new age jobs. The policies announced today at the program, open doors for massive opportunities, boost further investments and innovations. We look forward to implementation of Tax framework for startups and how regulations are reduced to help smoother operations.”

Entrepreneurs, founders and CEOs of start-ups are positive that the campaign will yield positive results in the sector. It will help in boosting the startup sector and take it to a new level. Dinesh Goel, Co-Founder & CEO, AasaanJobs, a recruitment portal for entry level and blue collar jobs said, “The salient points of the Startup India initiative announced by PM Narendra Modi such as tax exemption for incubators and startups, IPR protection, patent fee reduction, setting up of research parks across IITs and IISC and a corpus of Rs. 10,000 crore to be utilised for startups – all look quite promising in terms of attracting the best talent from far and wide to help India reach its potential. Other measures such as the exemption from capital gains tax when investing one’s own wealth in a startup will ensure that many jobs are created in every level and human resource and talent acquisition will no longer be a bottleneck. Apart from this, no inspection for the first 3 years and self-certification for statutory compliance will enable startups to hire in bulk and scale up their operations, creating a cascading effect as far as job creation is concerned”, the true test of the government will now lie in how the policies are unfurled in the future to cut down red tape and ‘escape the License Raj’, as pointed out by Mr. Jaitley in his speech. Apart from this, it would take further efforts on the part of all the stakeholders – the government, the investors, entrepreneurs and the customers – to truly create a smooth ecosystem.”

Shaifali Agarwal Holani, Founder & CEO of EasyFix said, “what an initiative  Most populated India has sharpest brains of all times and this initiative will give a platform to many enthusiastic but under confident talents to come out of their ordeal. Encouraging privatisation will speed the pace at which India is developing and we will become a developed country soon”.

Akshay Verma, Co-founder & Director, Fitpass said, “Startup India has provided strong encouragement and respectability to first generation entrepreneurs apart from smoothening processes. If the promises made are fulfilled timely, there is no doubt that India will be the global hotspot for job creators and problem solvers.”

The tax exemptions announced for start-ups has been received very well by both investors and entrepreneurs. “Specific to the PM’s announcements, the 3 year window for self certification will free startups from the rent seeking inspector raj and is very welcome as is the 3 month window for closing down a startup, which would be great if it applied to all companies. The tax break is welcome even though most startups take longer to be profitable. Most of all, his signal for change and recognition of the critical role that startups can play in employment creation, economic growth and solving India’s challenges through innovation was fantastic. That will now percolate through all levels of politics and bureaucracy and will be a game changer for India,” said Saurabh Shrivastava, Chairman, Indian Angel Network

Another aspect of the announcement that was highly appreciated was the promise of minimum government interference. Himanshu Meena , Founder of Parsel (Dropbase Software Pvt Ltd) said, “The most refreshing aspect was PM’s pointed emphasis on minimum government intervention and promise to ease bankruptcy laws. These indicate the government’s willingness to provide space to entrepreneurs for experimentation, without worrying too much about archaic legalities. With newer business models we see that existing legal frameworks are found wanting, as with shared economy models of AirBnb or Uber. In such scenario, PM’s rhetoric asking start-ups to ‘tell us what to do’, was very reassuring.”

While the startup India, standup India campaign has been very well received and entrepreneurs are positive it will have a huge impact in the entrepreneurial sector of the country, there are also a few challenges that the country has to face.

Umang Srivastava, JMD, Bonita India said “The future for all startups in India is definitely bright with the unveiling of the StartupIndia StandupIndia initiative. The fundamental idea of reducing government interference will improve the ecosystem is itself a revolutionary thinking. The conference was able to get together the all of Founders of the Newgen companies in one day along with founders of Uber, Softbank & Wework which was commendable. It was heartening to see that the government recognizes that the Middle class or first generation Entrepreneurs will form the next wave in India and the event was conspicuous by the absence of the large and medium scale industries who always grace such event and Arun Jaitley also mentioned this in his speech. Another heartening message that came out was that government wants the Startups to not only focus on IT but on other areas as well which is good for companies like Bonita.”

“The campaign would motivate more and more investors to invest in startups which will largely solve the Access to Capital issue of startups, as we have seen best of concepts fail due to lack of capital . Entrepreneurs would definitely get a huge benefit from Capital gains. We expect some more clarity on capital gain tax on Angel Investments in following budget next month. Moreover, he gave a new direction to Startups. This will indeed change the mindset of young entrepreneurs to think on other sectors like manufacturing where there is a huge scope of growth as well. I would say couple of years back it was Red Tape for Startups yesterday government through their policies have shown the Red Carpet now the right execution of policies would decide whether startups head towards Red ribbon or not,”  said Aditya Kanoria – CEO India Red Ribbon Asset Management Plc

“India has been home to entrepreneurs and start-ups. The announcements by the Government on January 16 will encourage further entrepreneurship within the country. Tax holiday, patent, ease of closing companies, investment fund, gateway for public procurement are measures that will definitely make it easier for companies to do business. We look forward to further details around these. The key will be how these are implemented.

“Startup Action Plan is a great start to a promising future for India Inc. Especially, coming from the government, it builds up lot of confidence amongst the budding entrepreneurs to follow their entrepreneurial dreams. The initiative seems to have a holistic view. While on one hand, introduction of policies like tax exemptions for startups, startup funds of Rs.10,000 crore are going to encourage the current startup ecosystem; on the other hand, initiatives under the Atal Innovation Mission will inculcate a startup culture at a grassroot level encouraging students to follow their dreams. Effective implementation of these policies, simple qualification criterion will be key to the success of this initiative. The next 5 years, however, look very promising and exciting for the Indian startup ecosystem,” said Ajai Chowdhry, Founder HCL.