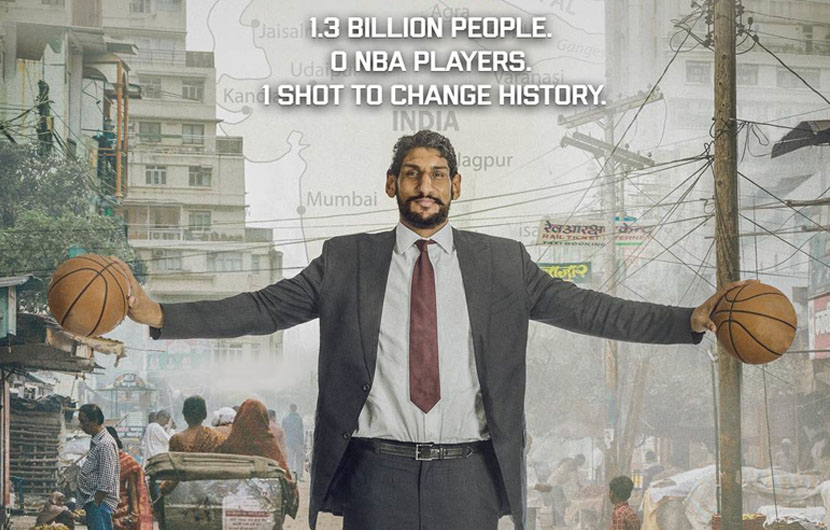 The 21 year old village lad, measures in at 7 foot 2 inches and was initially contending for the most sought after NBA pick and achieving the same in the second round

Satnam Singh Bhamara Netflix documentary One in a Billion follows his journey from a small farming village in rural India to getting drafted into the USA’s National Basketball Association (NBA). What makes this story worth telling? Satnam is the only Indian-born player, ever, to have been drafted by the NBA. In addition to the fact that he comes from a rural part of India and can barely speak in English, is the fact that he lives in a country where cricket is a religion and cricketers are not unlike demigods.

The story is brought to life on screen by OBB Pictures partnering with Media Weaver and RGTV as producers of the feature-length documentary. It is directed by New York Emmy Winner Roman Gackowski and features some of the most remarkable personalities of basketball including Adam Silver (NBACommissioner), Mark Cuban (Dallas Mavericks Owner), Vivek Ranadivé (Sacramento Kings Owner), and Tory Justice (Sr. Director, Basketball Operations-International).

One in a billion exposes India’s under developed sports infrastructure and our dependence on foreign opportunities for athletes, other than cricketers, like Satnam to shine. Satnam has managed to craft his beautiful journey and has given this cricket-obsessed nation a new lease on life with basketball and could trigger a renewed following for Basketball. Now, in effect, represents an entire country – faithful to the spirit of being ‘one in a billion’.