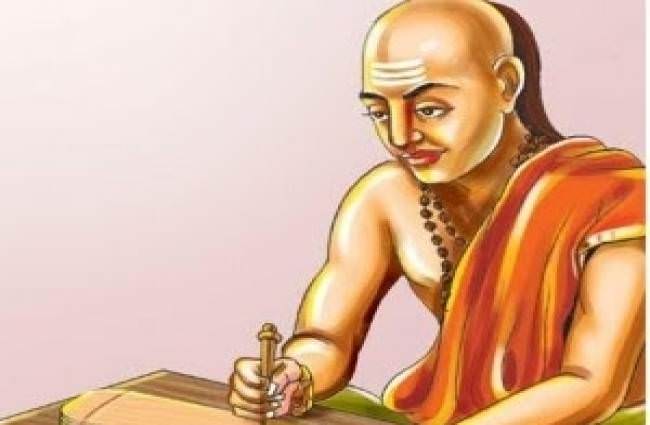 [dropcap]A[/dropcap]lso known as the Indian Machiavelli, Chanakya was a gem of a political strategist who had changed the course of Indian History forever. Admired and respected by many for his masterpieces ‘Arthasashtra’ and ‘Nitisashtra’, his views on subjects like politics, ethics, philosophy and administration has survived the test of time and is studied by people even today.

However, one argument that has time and again risen from his critics is his views about women. He, throughout his life, has been very straightforward on his opinions on everything and on many occasions has been found criticizing women for the gender’s nature calling them unfaithful and even giving offensive references to the fairer sex.

However, it has not yet been clear if his opinions were just an example of the gender biasness of our society that time, if they are been misinterpreted, if he was a misogynist, or was the texts interpolated?

3. In Chapter six, couplet three, Chanakya Niti says, “The brass pot can be cleaned with ash, copper gets cleaned with citric acids, monthly period purifies women and the river water becomes potable after flowing through rapids”.

4. Another instance of how woman is thought as a commodity in the eyes of Chanakya is- “For the bad days one should save money. Woman should be protected even if it takes the money saved. But for self preservation, the money and the woman should be sacrificed.”

5. Now, this statement could be a classic example of the position of woman in that age. In one of his shlokas in Chaanakya Neeti, he says, “A woman does not become holy by offering charity, by observing hundreds of fasts, or by sipping sacred water, as by sipping the water used to wash her husband’s feet.”

7. “Sagacious people never act upon a woman’s advice for women are the cause of all domestic disputes. They are also solely responsible for instigating all felonious wars and sinful deeds. This is why saintly people refrain from even viewing the reflection of a woman.” – Chanakya Neeti

8. “It is ruinous to be familiar with the king, fire, the religious preceptor, and a woman. To be altogether indifferent of them is to be deprived of the opportunity to benefit ourselves. Hence our association with them must be from a safe distance.”

9. “The eating of tundi fruit deprives a man of his sense, while the vacha root administered revives his reasoning immediately. A woman at once robs a man of his vigor while milk at once restores it.” – Chanakya Neeti

10. “The heart of a woman is not united; it is divided. While she is talking with one man, she looks lustfully at another and thinks fondly of a third in her heart. The fool, who fancies that a charming young lady loves him, becomes her slave and he dances like a Shakuntala bird tied to a string.” – Chanakya Neeti

11. “Untruthfulness, rashness, guile, stupidity, avarice, uncleanliness and cruelty are a woman’s seven natural flaws.” “What is man’s greatest fascination? It is the woman. She is the hub around which his mind revolves. A man is powerfully influenced by her captivating, coquettish ways. She soon succeeds in confining him to a prison of passion and irrational behaviour.” – Chanakya Neeti.

12. “A good wife is one who serves her husband in the morning like a mother does, loves him in the day like a sister does and pleases him like a prostitute in the night.” – Chanakya Neeti