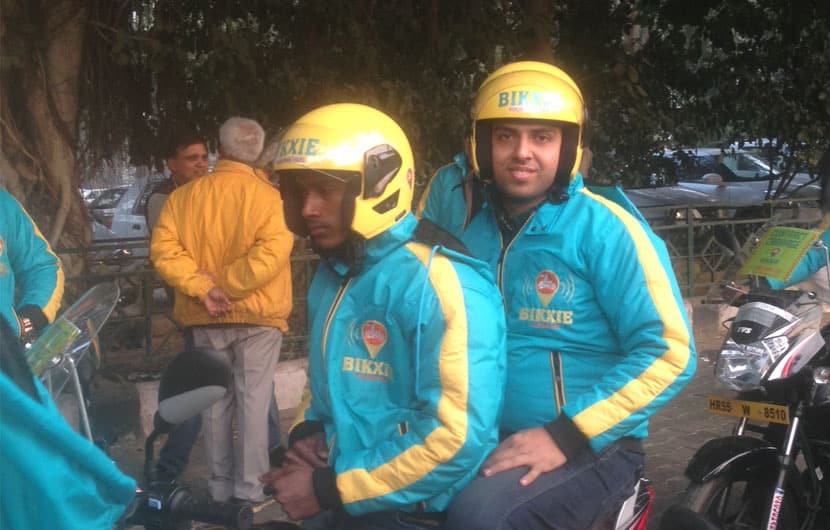 The startup also offers an all-female service for wherein their bikes are piloted by women for female commuters.

The company plans to use the funds raised to upgrade its technology and infrastructure, hasten internal growth and expand operations to additional cities in the country.

Founded by Mohit Sharma, Divya Kalia and Dennis Ching in 2016, BIkxie is owned and operated by Madhatters Voyage Pvt. Ltd. The brand offers last-mile connectivity to commuters on bike taxis in Gurgaon and Faridabad.


Speaking on the funding, co-founder Mohit Sharma said, “Over the last one year or so, we have been able to successfully boost our revenues by expanding our offering to corporates as well, thus leading to higher bike optimisation. The fresh capital from GEMs will help us to scale up quickly within the NCR market and also expand to other cities.”

The startup also offers an all-female service for wherein their bikes are piloted by women for female commuters.

Calling the shared economy “the next big thing”, Aditya Gupta of GEMs Partners said, “The fact that the concept validation is proved with assets already operating at profitable margins along with the founders’ experience and commitment played a huge part in our decision making.”

The bike-ride hailing startup secured seed investments from a private equity professional earlier and also raised an angel round from an investment banker in the Middle East and a businessman based in South India in January 2016.

The bike taxi market is gaining significant attention from investors of late. Last-year Ola too was reportedly considering launching the same in Kolkata called Ola Bike. In order to do so they had initiated talks with local payers like OneManTaxi and K Bike for partnerships and buyouts. Ola’s biggest rivals, Uber is also looking to beef up its bike taxi service – UberMOTO.