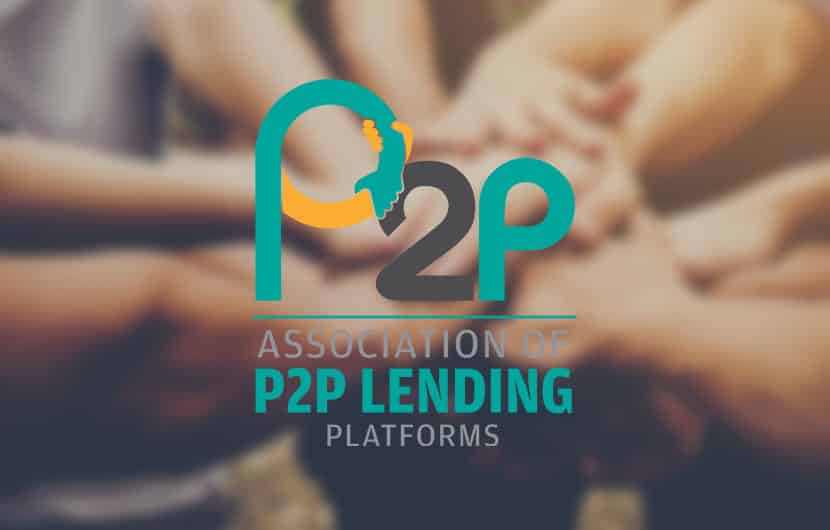 The Association of P2P Lending Platforms will actively work towards creating awareness about online P2P lending in India and to further the cause of financial inclusion in the country.

Peer-to-peer (P2P) companies across India have come together to form the Association of P2P Lending Platforms. A first-of its kind association in the country’s fintech ecosystem, the association will act as a representative for its members, as well as the country’s P2P lending industry and work in conjunction with the government and regulatory authorities in matters of compliance.

The Association of P2P Lending Platforms will actively work towards creating awareness about online P2P lending in India and to further the cause of financial inclusion in the country. They are expected to enter strategic partnerships and collaborations with other stakeholders or industry players, organise seminars and events. The association will also invite honorary members, including those from outside P2P lending platforms, to strengthen its authority in the Indian financial ecosystem.

Speaking on the alliance, Mr. Vinay Mathews, Founder and COO, Faircent.com also the Vice President of the association, said, “For the industry to make the most out of the emerging opportunities, P2P lending players will need to work together, not only with each other, but also with the government and regulators to ensure overall growth for the sector.”


Additionally, the association intends to undertake research and development, collect data and conduct surveys that will further the P2P lending industry in India. The research and its findings will be shared publicly, and exchange of ideas will be encouraged through various conferences, lectures and sponsored events.

Rising investor demand has fuelled the growth of P2P lending as a lucrative alternative to traditional investment instruments such as mutual funds, stocks, bonds, bank deposits, etc. taking note of its growth, in October 2017 the Reserve Bank of India announced guidelines for the P2P industry asking players to register themselves as ‘NBFC- P2P’ with RBI. Stake holders believe that the guidelines are well-thought of and is beneficial to lenders and borrowers.

Speaking on the same, Shankar Vaddadi, Founder, i-lend.in and President, Association of P2P Lending Platforms, said, “The Association of P2P Lending Platforms and all its members will be dedicated to ensuring the utmost co-operation with the regulators, facilitating the industry’s expansion on various fronts, and establishing P2P lending as an innovative and lucrative asset class among Indian consumers.”

The P2P lending market is expected to be worth $4-5 billion by the end of 2023, yet, the segment is far from reaching its full potential. However, online P2P lending has promoted alternative forms of finance for those segments of the population which are unserved or underserved by the formal banking and finance sector and the association will work to further the cause of financial inclusion in the country.

Mathews adds, “The Association of P2P Lending Platforms will help streamline the industry and work with various stakeholders in the alternate lending and financial services ecosystem to further reinforce the sector’s potential in the market.”

Other founding members include Mr. Bhavin Patel, Founder and CEO, LenDenClub and Mr. Bhuvan Rustagi, Co-Founder and COO, Lendbox.in who will be the association’s Secretary and Treasurer respectively.