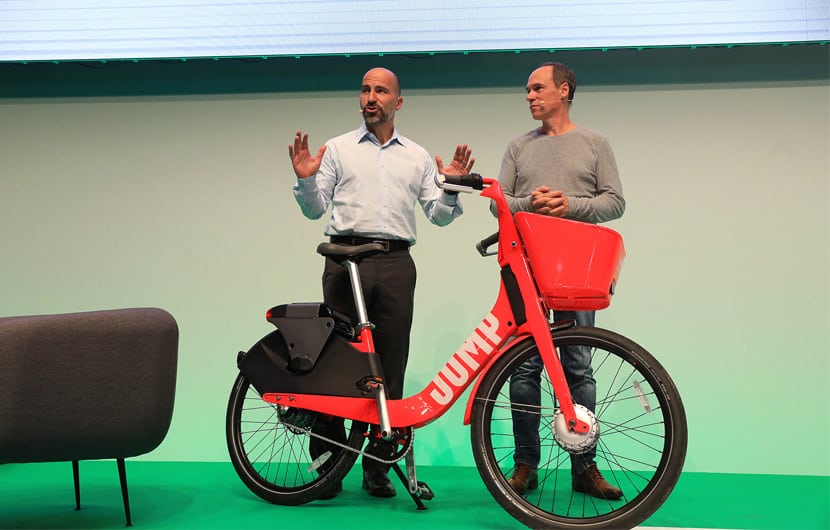 Uber Technologies is aiming to bring out its Jump bike rental service to Berlin before summer’s end and then to other European cities as well. Image credit: Bloomberg.com

Uber announced it would be rolling out its on-demand electric-bicycle, Jump in Europe looking to expand its international offerings and including environment-friendly modes of transportation.

Uber Technologies is aiming to bring out its Jump bike rental service to Berlin before summer’s end and then to other European cities as well.

Pushing a red Jump e-bike on stage at the Noah tech conference in Berlin, Uber Chief Executive Officer Dara Khosrowshahi said “When you get onto these bikes and you pedal, you feel like Superman.” He went on to add that the service could help resolve traffic issues every city faces.


Buying Jump was Uber’s first acquisition under Khosrowshahi. The move is seen as part of Uber’s broader outlook of branching beyond traditional taxi-style rides, in addition to services like food delivery and ‘flying cars’.

The German capital already has several bike-rental companies operating within it including companies like Singapore-based OBike, China’s Mobike, and LimeBike – who also offers electric rides. Companies like these have aggressively entered cities in Europe and the US. India too has seen a few companies offering the same app-based services wherein customers could find the nearest bike around them and leave it wherever they want after they’ve used it.

Looking to promote electric transport, Uber will also be bringing its UberGreen service of electric car rides to the German capital this year and later to other cities across Europe. As per the Uber’s CEO, these are examples of a “new Uber” which is exploring and entering markets through “partnerships and dialogue.”

Jump bike rides are already in offering in Washington D.C, San Francisco and other Californian cities. Customers can take 30-minute trips for $2 a ride on electrically-assisted bicycles. Uber will be sharing more details on the pricing for bike rides in Europe soon.