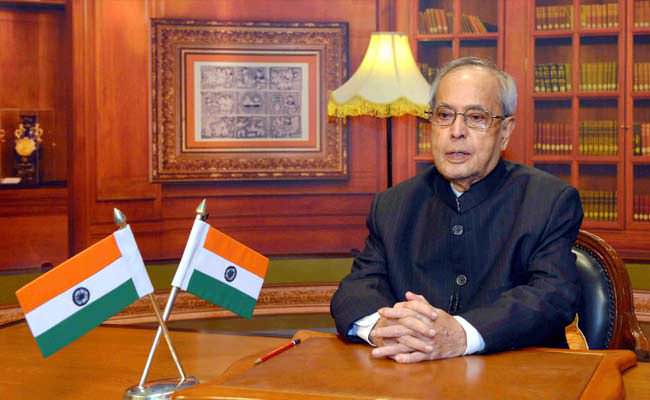 One of the murals covering the facade at Shahpur Jat for St Art Delhi.

Why St. Art Delhi is a Sign of Good Things to Come

Diwali Melas were the thing if you happened to be a 90s child anywhere in Delhi. The salty half-burnt popcorn in a newspaper cone and shocking pink budhiya ke baal  were little comfort if you were peering into a maut-ka-kua where bikers showed off their machismo, going round-and-round the constructed well with deafening roars at increasing speeds. The phenomenon of carnivals is a crucial part of street culture, helping as they do in getting an entire city roused up with a similar feeling of newness, and live in the extraordinary for a while.

It is this spirit that St. Art Delhi, Delhi’s first mural and graffiti arts festival seems to be encapsulating. St Art Delhi has gone beyond wall murals to site-specific work like Shahpur Jat and Tihar Jail for the occasion and an exhibition of drawings, stencils and sketches by different artists in their studios. The festival’s website states that “…the exhibition will give a deep gaze on the hybrid, post-modernist and post-graffiti phenomenon of Urban Art.” Artists from different parts of the country and the world, practising different art styles and coming from varied backgrounds represent the cosmopolitan and perpetually changing face of Delhi. Moreover, the nature of the event in itself, with graffiti jams, graffiti trail walk around Shahpur Jat led by Dilli Dallying (to take place on February 16), takes the level of audience interaction up a notch.

Daku’s graffiti has become a familiar icon on Delhi’s facade.

Mural arts and graffiti have been capturing the fancy of the city’s residents as slowly subways, underpass walls, flyover pillars and markets get inked and sprayed by all manners of graffiti, capturing dissent and demanding change, a lot of them signed by the omnipresent pseudonym Daku. Similarly, universities like Jawaharlal University have several walls at different places of the campus from the library to the academic area dedicated to political graffiti, serving up tart socio-political commentaries on themes ranging from local issues to world politics.  A festival for which graffiti and visual artists have come together from around the world, St Art represents a first of its kind event, a stamp of legitimacy to graffiti art in the city, something which is otherwise illegal and seen as a covert gesture of rebellion and nonchalance by the general public, to a medium of relevant social expression.

St. Art is but one of the festivals which point to the sudden interest in street culture. The recently concluded Comic Con in Delhi had an overwhelming response in its fourth year this time. Conducted in the Thyagaraja stadium, which remained jam-packed throughout the day, Comic Con had participants representing cult comics from around the world. The highlight of the convention was its cosplay event (short for costume play). Participants dressed up in everything from anime characters to Indian comic book characters. The enthusiasm cut across ages as school kids to working professionals participated with alacrity. Shreya Ila Anusuya, a participant at the event who dressed up as Death from the Sandman comics recollected the experience saying, “It was very cool. This was my first comic con in India, even though I’ve participated in other comic cons in New York and London before. The Joker, as played by Heath Ledger, has become quite an iconic character; I saw four or five people dressed up as him. Then there were a bunch of people dressed up as characters from Dr. Who. It is heartening to see so much enthusiasm with sci-fi fantasies and this kind of literature.”

It is an unwritten rule among grateful liberal arts college students studying in Delhi that the capital is the place to be if one has to attend premier movie screenings and culture festivals, art exhibits and indie music events for free; and if you’re lucky, with some fringe benefits. The recently concluded India Art Fair, SPIC MACAY events like Music in the Park, OSIAN, Delhi Jazz Festival, the sufi music festival at Purana Qila and the South Asian Bands Festival are just some of the stellar events which have become regular features on the cultural calendars of arts enthusiasts living in the city. At the other end of the spectrum, there are events like MTV’s adrenaline-pumped MTV Extreme featuring a wide range of activities, with parkour specialists and stunt bikers rubbing shoulders with hard rock and metal acts like Megadeth, Pentagram and Indus Creed. (To know more about parkour, watch this)

While often written off when it comes to the ‘commoners’ or the aam aadmi of the city having a interest for nothing but contemporary property rates, the popularity and continuation of such events, which are free for all yet maintain more than a modicum of credibility, prove otherwise. The South Asian Bands Festival in 2013, for instance, had a higher level of satisfaction to offer than the much hyped NH7 Weekender in Delhi, according to some reports. The alternative rhetoric runs high at events like these, a breather from a stymied PR machinated corporate ethos which makes sure the content is not stripped off free expression. Moreover, music and the visual arts are coming together at such events, and the simulacrum is in no place better expressed than street culture.