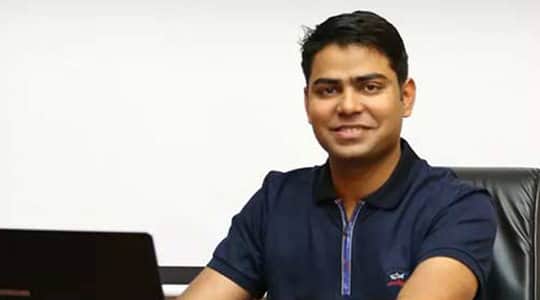 The tumultuous saga that Rahul Yadav’s tenure was in Housing, has finally come to an end. This has been one of the most highly featured start-up stories that the media has covered due to Yadav’s reckless and fearless decisions, irrespective of the repercussions that occurred.
Yadav has finally been fired from the company he cofounded, a discoloured climax of the young IIT dropout’s stint at Housing.com – one of the leading start-ups in the country. He had earlier resigned as the CEO not once but twice but the board of directors decided that severing all ties with him will be a better option. Yadav was blamed for poor management of the company, unnecessarily spats with various stakeholders and a general brash attitude.

“The board believed that his behaviour is not befitting of a CEO and is detrimental to the company,” Housing said in a statement after a board meeting in Mumbai on Wednesday.
With Yadav out of the picture, the company is now looking for an interim CEO. After Yadav’s initial resignation and subsequent apology, Housing’s operational command has been transferred to investors led by Softbank. The Japanese conglomerate invested $70 million (Rs 420 crore) in November 2014 for a 32 per cent stake, valuing Housing at Rs 1,500 crore.
Yadav’s stint at Housing has been a rollercoaster ride but it sure has revealed his personality – a person who lives by his own rules and doesn’t think twice before speaking his mind. While it may not have reflected positively among his peers, he sure has made a fan base that both lauds and criticizes him.
Things started getting patchy when Yadav first spoke out on Infosys CEO Vishal Sikka when he met the other at an airport. When Sikka brushed Yadav off due to his tired state, Yadav took this opportunity to cast some light on the accident on social media. In his own words, Yadav posted from his Facebook account : “Infosys CEO Sikka . When I asked something he replied “I just want to sleep” without listening to the question :D.”

While Yadav got his share of flak from netizens, it did result in the post being shared 121 times and liked by over 1,800 people. Following this, Yadav went on a reckless spree of stating his unadulterated opinion and indulging in public spats between notable personalities in the start-up industry like Sequoia’s Shailendra Singh, Ola Cabs’ Bhavish Aggarwal and Zomato’s Deepindar Goyal.
His spat with Sequoia’s Shailendra Singh was particularly nasty when Singh started poaching Housing employees. Yadav went ahead to send him a rather threatening mail, hinting to an attack on Singh’s firm. Singh replied with a rather informative email on how it is important for everyone to survive to promote the growth of the start-up ecosystem. Yadav did not seem very happy about it.

When he first resigned as CEO of Housing in May this year, he withdrew his resignation and apologised for his behaviour. This is where things went rocky for his tenure his Housing. The board did not accept his resignation and also transferred the decision making functions to Softbank investors instead.
Despite the various ups and downs of his career, Yadav surely had a genuine knack for driving a start-up that led to Housing becoming what it is today. So where did he go wrong? Was it his behaviour or did he just lose interest in his own venture?

Entrepreneurs are driven by their ideas and self-reliance. When striking a deal with investors, certain terms and conditions may go haywire that can alter the original model of the company. It is important that investors realize that entrepreneurs need to be given their right to drive their venture till they require external help. In an interview with My Big Plunge, Info Edge founder Sanjeev Bikhchandani said that he has a lot of respect for entrepreneurs, even more than investors. He added that that as an entrepreneur-turned-advisor, he understands the fears and concerns an entrepreneur may face. On that context, he prefers to advice them if needed but not intervene or interfere.
It can be said that not all investors can solely depend on an entrepreneur’s decision. After all, it is their capital that is on the line.

At the end of all this, Yadav exited the company with a legacy that has its share of good and bad. His college friends speak of him as someone who was too sharp for his own good but definitely has a spark that can take him to places. Genius comes with a price but Yadav’s career has just begun. His next move may just be the best one he ever makes.
(MBP Exclusive interview with Sanjeev Bikhchandani coming soon)