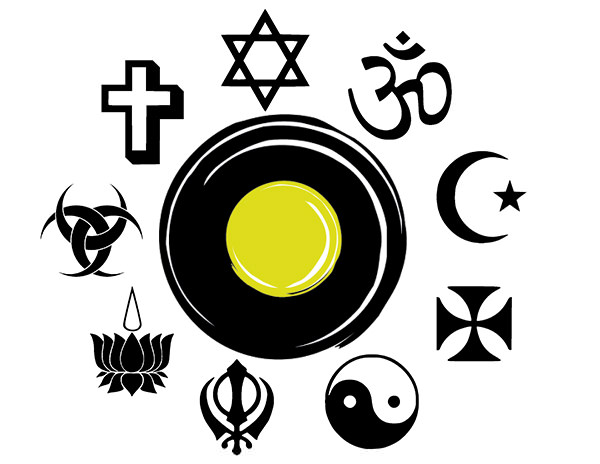 Social media has been a heaven-sent boon for start-ups all over the world, many of them solely dependent on it for their growth and success. However, all that glitters is not gold as social media can be a serious double-edged sword. Here we look at the top 5 social media snowballs that start-ups faced in the recent times and how they dealt with them:

Ola Cabs
Ola came under spotlight when a customer hailing from Hyderabad requested his driver to be of a specific religion. It was not long before the user was faced with the wrath of numerous Twitter users that resulted in him deleting the post.

@SVeerapaNaidu Sorry, we do not discriminate against our drivers on the basis of their religion.

Ola however went ahead and tweeted – “Sorry, we do not discriminate against our drivers on the basis of their religion.” The user tried to cover up his mistake by stating that he was not intending to hurt anyone. The entire episode garnered Ola a huge positive response from the online community. Even rival company Uber and former J&K CM Omar Abdullah appreciated the company’s apt reaction. Lenskart E-retailing company Lenskart was in for a rude shock after they sent out an insensitive message about their eyewear sales using the recent Nepal earthquake as a marketing statement. They sent out an SMS saying “ Shake it off like this Earthquake: Get any Vincent Chase Sunglasses up to Rs. 3,000 for FLAT Rs. 500, by sending invites to 50 friends….”. Twitterati and Facebook users quickly reacted with a massive backlash with the hashtag #ShameonLenskart. Lenskart soon realised their mistake and issued an official apology for their ‘accidental choice of words’. They went ahead to apologise to everyone on Twitter who showed their anger towards the company’s negligence. Due to the massive spread of social media, it is important that companies take steps with enough planning to avoid bad word of mouth.

ScoopWhoop
It’s ironic how the kings of “Top 5’s” ended up here. Another Nepal earthquake-related blunder was caused by news media and pop culture website ScoopWhoop.com. Following the earthquake, the site published an article titled: “16 Thoughts That Went Through Everyone’s Mind When The Earthquake Happened”. ScoopWhoop’s large fan following did not take this well and put out their resentment on Facebook and Twitter that forced the site to take the article off the web.

The site’s Editor-in-Chief soon put up an official apology on the website where they condemned the loss of life and property and how they were deeply sorry for the content they posted. She went ahead to announce that they will be creating content related to awareness regarding earthquakes and relief work. Another notable gesture was her decision to donate a month’s salary to the PM’s National Relief Fund.

However, many users reported seeing the official apology accompanied with an advertisement by none other than Lenskart – a fellow partner-in-crime. Irony strikes once again!

It’s hard to believe a social media mogul itself to get involved in a social media faux pas. In 2013, the Women, Action and the Media (WAM) sent a petition to Facebook to ban content that glorified violence towards women in the form of memes and groups. Facebook went ahead to deny the request with free speech and humour policies as the defending criteria. A protest soon followed called the #FBrape campaign which led users to approach Facebook advertisers whose ads were seen adjoining the derogatory content. The campaign resulted in more than 60,000 tweets and 5,000 emails that finally led Facebook to crumble under pressure and change its policies.

Food and beverage guide Zomato had its own share of pot-shots by Tanmay Bhat, member and co-founder of Indian comic act, AIB. He tweeted “So glad zomato changed their logo to a sperm”. With a following of 464K, Bhat’s tweet was soon retweeted countless times by his fans till it finally reached Zomato’s eyes. Cheeky as it seems, Zomato responded to Bhat by saying “So glad we managed to sneak that by the censor board”. This was obviously referencing the ban imposed by the censor board on AIB’s Roast that was accused of having offensive content. Despite the sly reply, Zomato’s response was praised all over. Bhat too joined the fray by tweeting about the significance of Zomato’s new logo. This was an interesting sight to see two brands having light-hearted takes on each other while being joined by their followers.