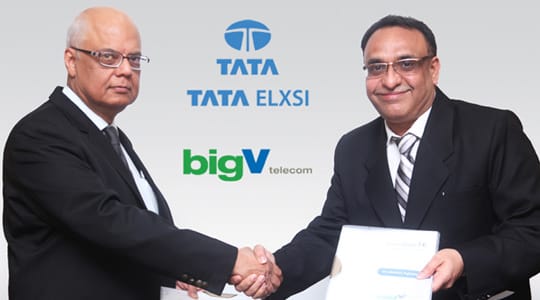 Despite the rapid growth in investing and incubating startups, one company continues to defy the trend and instead believes in long-term incubation. Tata Elxsi, a global design firm under Tata Group has taken just three startups under its Incub8te program in the past two years. This is quite unheard of as incubation programs usually last just three to six months while Incub8te’s time period lasts for a long and spread out 18 months.

“The reason behind going for 18 months or so is because we are going to incubate companies who are working in the core technology space,” says Rajesh Kumar, VP of strategic initiatives at Tata Elxsi. He further adds that six months is just not enough when startups are working in industries like medical electronics, internet of things, embedded systems, cloud telephony and other core technologies.

The three Incub8te startups are Big V Telecom, Sismatik and Street Smart. Big V Telecom is responsible for building cloud telephony solutions that can be used by other apps and software. This is different from making an app for the end user and instead aims at building the technology that is similar to the one Skype and Viber use to make voice calls over the internet.

Sismatik also has a similar workflow. It is currently working in creating a workflow for delivering video content on smart TVs. The last mile user may not be aware of Sismatik’s presence but will probably be using its technology in some way or other.

Street Smart caters more towards the end user since it is developing a shopping app that uses location and push notifications to alert the user to discounts, loyalty programs and special offers at hardware retail stores and malls. Despite the app’s last mile usage, the value of Street Smart’s work lies in the tech that brands and merchants will use to connect to shoppers via mobile phones.

Tata Elxsi has also partnered with Singapore-based incubator Get2Volume and investment firm AISB. They have set up a startup exchange program, in which startups looking to enter their respective markets can spend some time experimenting at each others’ incubation centers.

(With inputs from TechInAsia)