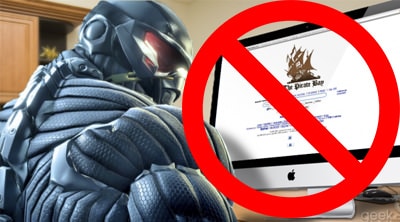 Gamers around the world seem to be concerned over Microsoft’s latest iteration of their trademark operating system. Despite getting rave reviews, Windows 10 is being criticised by the gamer community due to its alleged privacy obstructions. Microsoft’s EULA states that the company can now remotely check your system for “counterfeit games, or using unauthorised hardware peripheral services.”

This right to breaking privacy is not applicable to everything though. Microsoft is currently targeting only pirated games. Gamer communities have spoken about conducting checks on softwares like Adobe’s Creative Cloud and Microsoft’s own Office suite which are found to have far more piracy productivity issues.

Many have suggested that this move may be due to Microsoft’s motive to crack down on the modification or ‘jailbreak’ of its popular gaming consoles. Jailbreaking the Xbox and the subsequent Xbox 360 has been a common practice among gamers as it allows pirated games to be run on consoles as well. With such a protection barrier in place, Microsoft can ensure that the same doesn’t happen with its current-gen console, the Xbox One.

It is also not clear whether Microsoft plans to share the details of users downloading “counterfeit games” to the law enforcement or just remotely sabotage the stolen games.

The dynamic changes in Windows 10 will not only bring technical tasks but also a whole new series of legal challenges.

While Windows 10 has arrived with a series of new and old features that are being embraced by the PC community, what is Microsoft exactly going to do with our data?