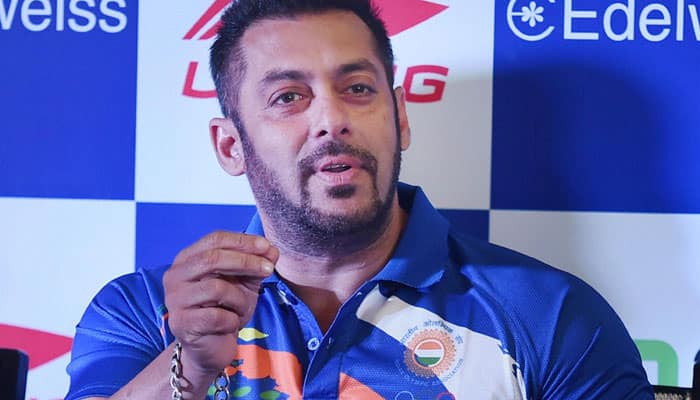 [dropcap]B[/dropcap]ringing some relief and a momentary break to the storm that has been brewing among other athletes over Salman Khan being named as the goodwill ambassador of the Indian contingent for the upcoming Olympic Games in Rio de Janeiro, India’s lone individual Olympics gold medalist, Abhinav Bindra has agreed to become 2016 Rio Olympics goodwill ambassador.

Revealing the news along with the image of the letter and a series of tweets, Bindra stated, “Received a letter this afternoon from the President and Secretary General of the IOA inviting me to be a goodwill ambassador. I am humbled that they thought I am worthy enough for this honor. I respectfully accept this with gratitude.”

He further tweeted, “I respectfully accept this with gratitude. I have lived my life for the Olympic Games and have always done my best to work for the betterment of the Olympic movement in India and I will continue. While my focus will be to perform at Rio, I will be writing to every member of the Indian Olympic team and offering them any help they may want.”


Indian Olympic Association’s (IOA) decision to rope in Salman Khan has not gone well with other athletes, who think this as an unnecessary film promotion for Khan’s upcoming film Sultan. What’s more, they have not sighed from being vocal about it.

While Milkha Singh said that he has nothing personal against Salman, he would have preferred if a fellow sportsman was picked instead.

Singh told media, “I am of the view that our sportspersons — be those from shooting, athletics, volleyball or other sports — are the real ambassadors of India who would represent the country in the Olympics. Still, if we had to pick an ambassador, it could have been from the sporting arena.”

He added, “I want to make it clear that I am not against Salman Khan, but the decision of the IOA is wrong and the Government should intervene in the matter. This is for the first time I am seeing a Bollywood hero being made goodwill ambassador for Olympics. I want to ask, has Bollywood ever made any sportsperson an ambassador for any of their mega events?” he said, adding, “I want that the decision to name Salman Khan as ambassador be revised.”
Meanwhile Yogeshwar Dutt, the London Olympics bronze-medalist, said he cannot understand how this appointment will serve for the athletes.

“Everybody has the right to promote movies in India, but Olympics is not a place to promote films,” Yogeshwar tweeted in Hindi. “Can anyone tell me what is the role of goodwill ambassador? Why are you fooling the public?” he added.

However not everyone sees it as a wrong move by IOA. There is a school of thought that thinks it is a new move and if the athletes work together with Salman, it would bring added flavor to sport.

Former India captain Sourav Ganguly told media, “I’m happy and fine with him being the ambassador as he brings visibility and glamour quotient to anything.”


“You cannot deny that Salman is popular and he would bring visibility to the Rio Olympics. He is an entertainer. I think its fine to have him appointed as the ambassador. I think they can have other ambassadors as well, it’s nowhere written that they can only have one ambassador,” Ganguly told media.

“There have been some outstanding athletes, who have brought laurels to the country, I’m sure they can team up with Salman. At the same time, there is no harm in having other ambassadors. They can work along with Salman and bring glamour, entertainment and sport together. We have some legends in the country they can be a part as well.”
IOA has also reached Sachin Tendulkar and AR Rahman to join the current two. It remains to be seen what happens if Rahman says yes, another persona form the non-sporting faction.