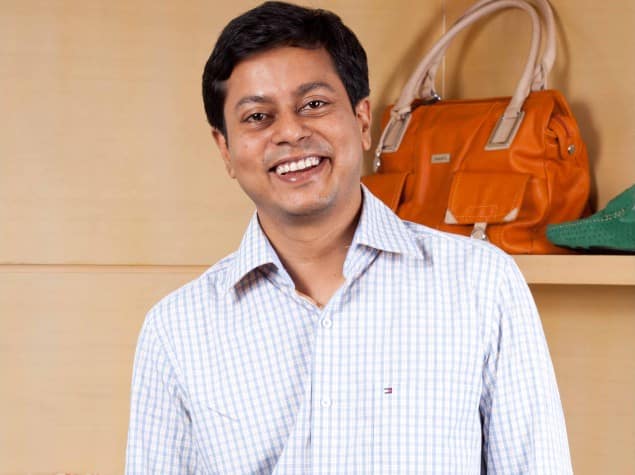 Jabong co-founder and its former CEO Praveen Sinha seems to be walking in a mud dream at the moment after a pseudonymous Twitter account holder has created a controversy by circulating allegations that he made personal gains from business dealings with the fashion website. He has denied all the charges, though.

He has also filed a legal case against the Twitter account holder who posted the damaging tweets. The media reports come at a time when Jabong’s investors, GFG and Rocket Internet, might just have managed to find a buyer for Jabong.com after struggling for 12-18 months now.

Expressing his concerns over a mail, Sinha stated, “As regards the timing of the release, it is indeed extremely unfortunate that this issue is being sensationalised at a time when multiple positive developments were shaping up for the companies in question. I hope these developments will not be adversely impacted by the false and baseless news reports.”

It all started on 7th June, when a person is known only as Unicon Baba, who tweets on start-ups under the handle @uni_con1 tweeted that Rocket Internet was pursuing a case against Sinha.

The tweet was later deleted. It read, “Rocketinternet to pursue a case against @sinha_praveen for siphoning off 100 crores+ in last two years.”

It has been reported recently by The Ken and The Economic Times newspaper highlighting some of these dealings based on a purported report by PricewaterhouseCoopers (PwC) Stockholm, who conducted a forensic investigation of Jabong.

The alleged probe report by PwC excerpts was made public by an anonymous twitter handle, Unicon Baba. In his defence, Sinha responded in mail stating he has been unfairly accused of wrongdoing.

“Firstly, I have never been informed by Jabong’s investors of any PwC report. I came to know of it recently through a media query, to which I was not even given a day to respond. While it is very easy for any person/media to speculate and make false allegations, it is equally difficult for the subject of such allegations to prevent the damage and reputational loss he/she suffers on account of the same. Post the report, I have called many people to get more information, and I have come to understand that though there was indeed an investigation, nothing had come out of it to conclude any personal gains (were made by me) as is being alleged by certain quarters,” the mail read.

According to reports, PwC investigated the management of Jabong and related-party transactions between them and some of the company’s vendors. Surprisingly, much of the investigation revolves around GoJavas, a company owned by Sinha, a majority of which was later sold to online fashion marketplace Snapdeal (Jasper Infotech Pvt. Ltd).

Two anonymous informers have also stated that the probe was conducted when Nils Chrestin, chief financial officer of GFG, served Jabong as its interim CEO for a brief period in late 2015 when the company witnessed an exodus of senior managers.

Infuriated Sinha had his lawyers write to Twitter HQ seeking the identity of Unicon Baba and has also filed a criminal complaint against Unicon Baba. The letter also asks Twitter to provide details of the location from which Unicon Baba is tweeting.