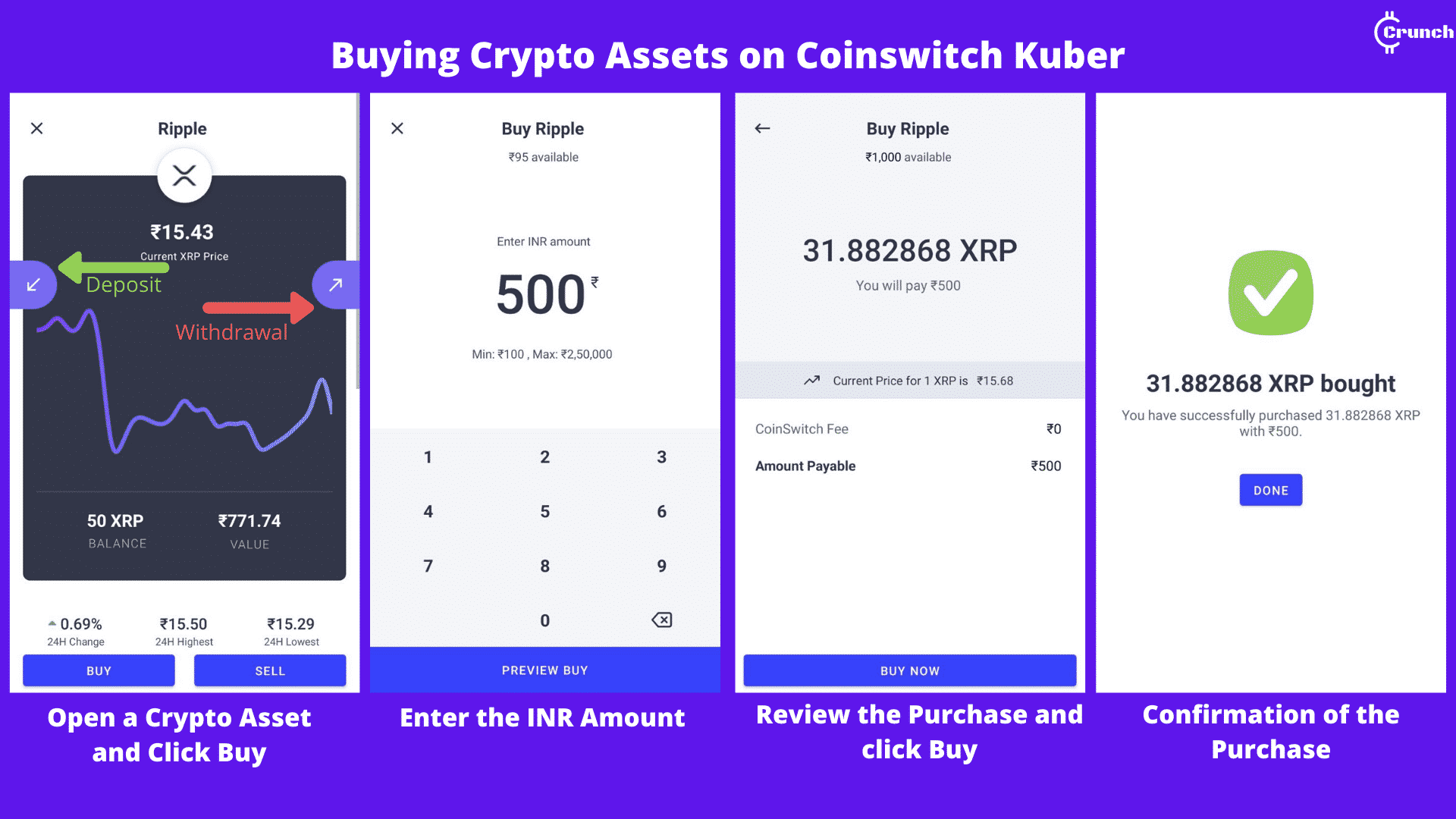 In a bid to increase its footprint amongst 12 million iPhone users in India, CoinSwitch Kuber is set to launch its iOS app in the first week of December.

In a bid to increase its footprint amongst 12 million iPhone users in India, CoinSwitch Kuber is set to launch its iOS app in the first week of December. The app was first introduced on the Android Play Store in June 2020, and has since surpassed five lakh downloads. The cryptocurrency platform’s userbase has been recording a growth of 150 per cent MoM.

Ashish Singhal, Co-Founder and CEO, said CoinSwitch has already become India’s fastest growing cryptocurrency platform with over five lakh downloads on Play store on the back of the exceptional user experience to the retail customers. “With our new iOS app, we are confident to replicate our success among iPhone users in the country as well,” Singhal said. “We are confident that the new app will help us double our user base to over 10 lakh over the next six months across both Android and iOS.”

iPhone users, according to CoinSwitch’s official statement, can sign up on Kuber’s iOS app by completing KYC/AML procedures within just five minutes and deposit INR into their account using the various modes of payment offered by the platform. Users can then buy and sell any of the 100+ currencies supported by the platform; in addition, they also have the facility to store, send and receive cryptocurrencies through their account.

As part of the pre-launch, Kuber is inviting the first 10,000 users to start using the iOS app. Moreover, these users will not be charged any fee on INR trading, deposits, and withdrawals on the app for the first 100 days. Pre-launch users can also earn points and daily crypto rewards through participation in referrals or promoting Kuber on social media. Furthermore, existing Kuber users get a chance to win iPhones during the pre-launch period by referring their friends and family members who are iOS users to use the app.

CoinSwitch Kuber was launched in June 2020 with the aim to simplify cryotocurrency investments for retail users in India. It is India’s fastest growing INR-crypto on-ramp platform.