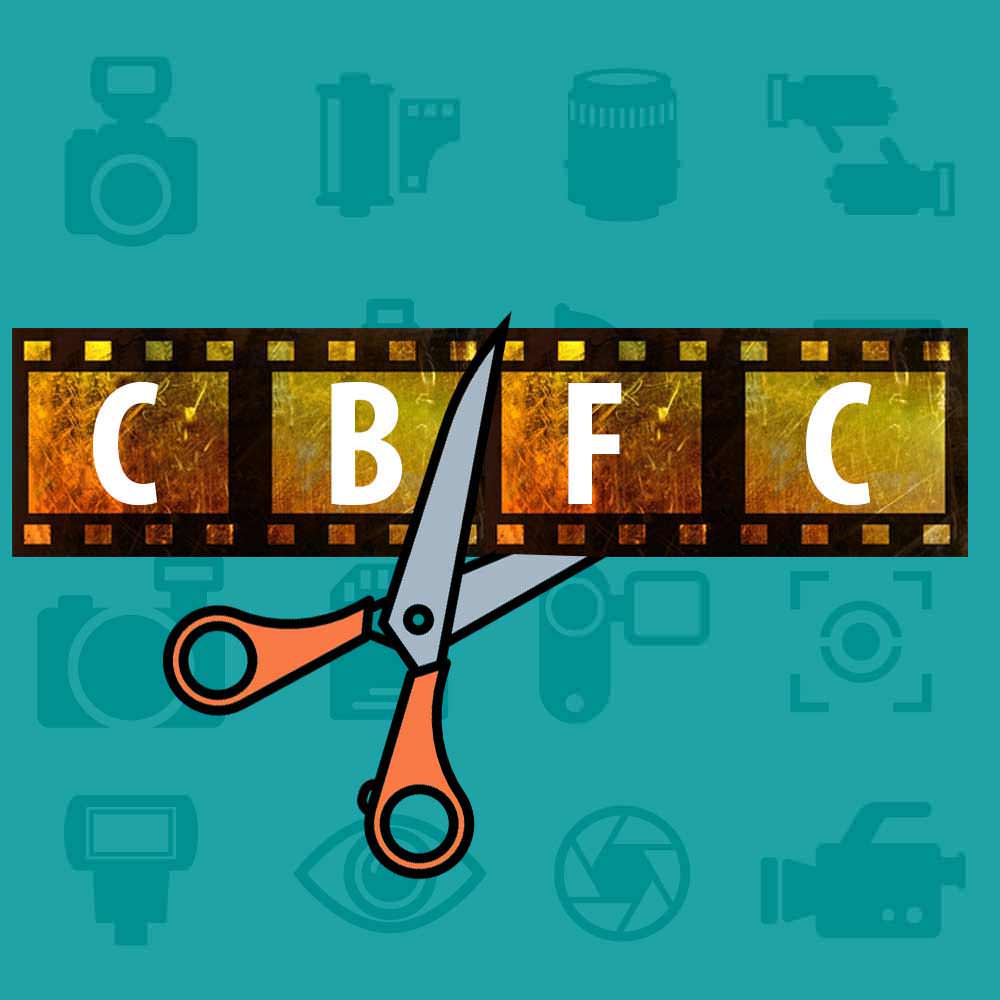 Instead of the CBFC chopping out scenes, the Shyam Benegal Committee has recommended more categories for films

Accepting the recommendations by the Shyam Benegal committee to make films more eligible for universal viewing, reports suggest that the Central Board of Film Certification (CBFC) has agreed to introduce more categories of films instead removing scenes or bleeping out words or dialogues.

The larger implication of the move is that the CBFC will now have a ‘limited role’ in censoring a film’s content while issuing certificates.

Currently, the board gives films with explicit adult content an ‘A’ certificate, leading to several tussles with the makers of these films over allowing kissing scenes, sexual content and cuss words in films otherwise certified as ‘UA’ (unrestricted public viewing with parental discretion required for children below 12).

Now, recommendations from the CBFC will be sent to the information and broadcasting ministry. Only when the ministry moves an amendment to the existing Cinematograph Act/ Rule, will the recommendations be accepted.

Instead of chopping and bleeping out scenes, the Shyam Benegal Committee in its report to the Centre on restructuring the Cinematograph Act/ Rule suggested adding more categories for films with sexual explicit content.

However, the definitions of these newer categories such as ‘Adult with Caution’ (A/C) has been questioned by the CBFC. There is also no clarity on re-certifications for television viewing of films. Currently, the national broadcaster Doordashan only airs films that have been ‘U’ certified while private channels can broadcast only films certified ‘UA’. 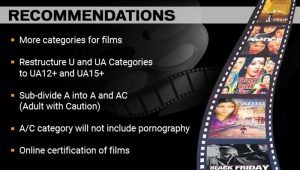 A source, according to the Hindustan Times, commented saying, “If there are going to be no cuts or deletions from films how will they be tailored for TV viewing? That is an issue that the government will have to take a call on.”

The recommendation from the Benegal committee is that the U and UA categories be divided to – UA12+ and UA15+ while the A category be sub-divided into sub-categories of A and AC (Adult with Caution).

Pornography will not be included in the proposed A/C category, but it will be a certificate for films with explicit sexual content or nudity.

While the CBFC has also agreed to allow certification of films to be done online, it has raised concerns regarding the suggestion of out-of-turn certification – where five times the fee would be charged as compared to that of certifying the normal way.

Pahlaj Nihali, Chairperson of CBFC, had earlier written to the I&B ministry opposing the recommendation to curtail the CBFC’s censorship powers – sanctioned under section 4(1)(iv) of the Cinematograph Act, 1952.

Cancel reply
The all-new Toyota Fortuner launches in India and betters its predecessor – a leader in its segment
Prime Minister, Narendra Modi discontinued notes of Rs. 500 and Rs. 1,000. Read this to keep calm and continue