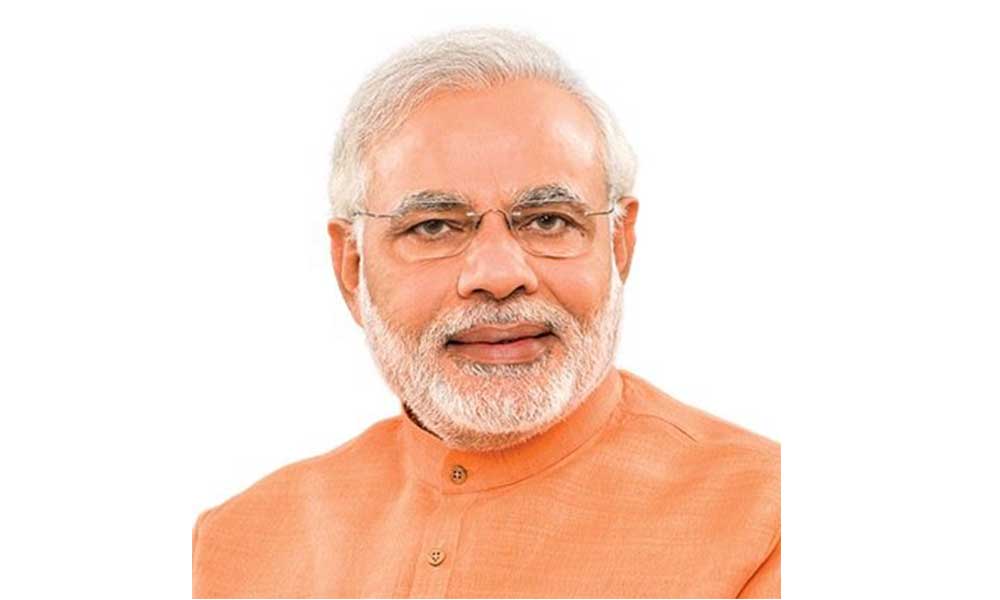 The Prime Minister tweeted saying "I want your first-hand view on the decision taken regarding currency notes. Take part in the survey on the NM App"

If you’re looking to give feedback on the Prime Minister’s decision on the demonetisation drive, then here’s the opportunity. The PM, Narendra Modi, has asked people to log on to his app to share feedback on the same. 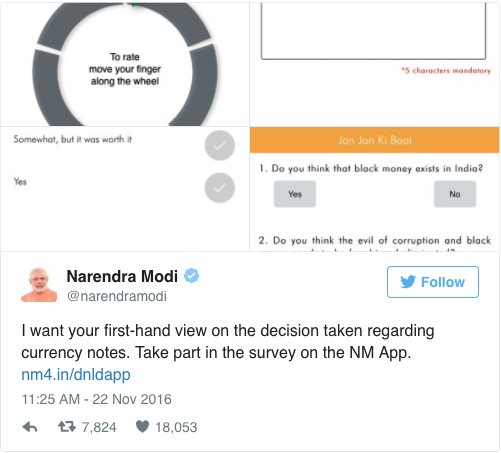 The move which was praised for its fight against blackmoney and counterfeit currency has left many people without cash – especially in rural India, who may not be able to download the app to give first-hand review.


Currently, the Rs. 500 and Rs. 2,000 notes are in short supply and banks are running out of them quickly. To cope with the cash crunch, old 100 rupee notes are being recirculated, which many have complained are ‘smelly’. ATMs too are running out of cash while some still need to be re-calibrated to fit the new bills as they are larger than the older, now illegal, ones.

In the announcement, made on November 8, the PM had asked people to overlook the temporary inconveniences in lieu of a greater long-term goal.