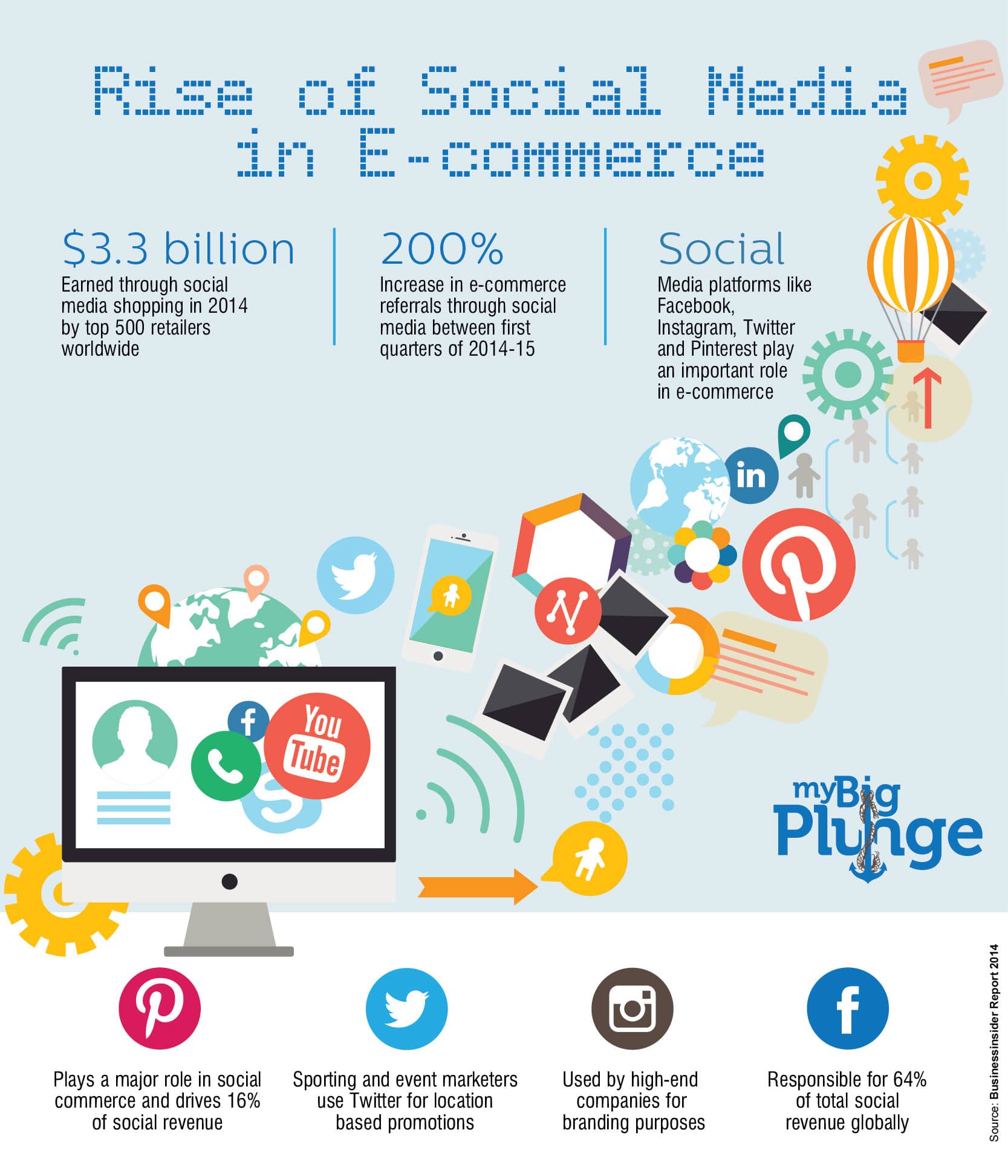 Social media, which was quite an alien space for most Indians until few years back, has taken the country by storm. Out of India’s 350 million internet users today, 134 million are active social media users. These numbers rightly reveal the vast scope e-commerce brands now have to place itself right at the users’ fingertips.

India has 108.9 million users are on Facebook. According to recent reports revealed by Facebook, a user on average spends 50 minutes on it. As of October 2014, WhatsApp had crossed 70 million monthly active users in India, which is 10% of its total user base 700 million.

India is fast becoming a social media active nation with users spending an average time of 2 hours 36 minutes on it via any platform, which is more than the average time they now spend watching television, 2 hours 4 minutes.There has been a 200 percent increase in e-commerce referrals through social media between first quarters of 2014-15.

India has seen a growth of 44 percent (107 million) in internet users in the last one and a half years and an increase in 26 percent (28 million) in social media users.

Not all social media platform generate the same way. Pinterest, distinctively, has emerged as a major social commerce player despite a relatively small user base. The pinning platform drives 16% of social revenue despite an audience 6.5 times smaller than Twitter and half of Facebook. New buy and action buttons on retailer posts make Pinterest an even stronger referral and revenue engine for brands.

Twitter, on the other hand, though has been fast losing its influence for mass-market merchants, it plays a major among sporting and events marketers, especially for location-based promotions. Recently, NFL and NBA teams have used Twitter to even sell game tickets and merchandise.

Instagram does not play any huge role in significant sales activity for retailers but the high-end companies have been leveraging the platform for branding purposes. New Buy buttons on paid posts, as well as increased targeting capabilities, could make the app a more important direct-response driver.

Cancel reply
One Internet partners with FLYP@MTV to bring all new One Co. Café
India slowly slipping into the dark; lifestyle the main cause says experts