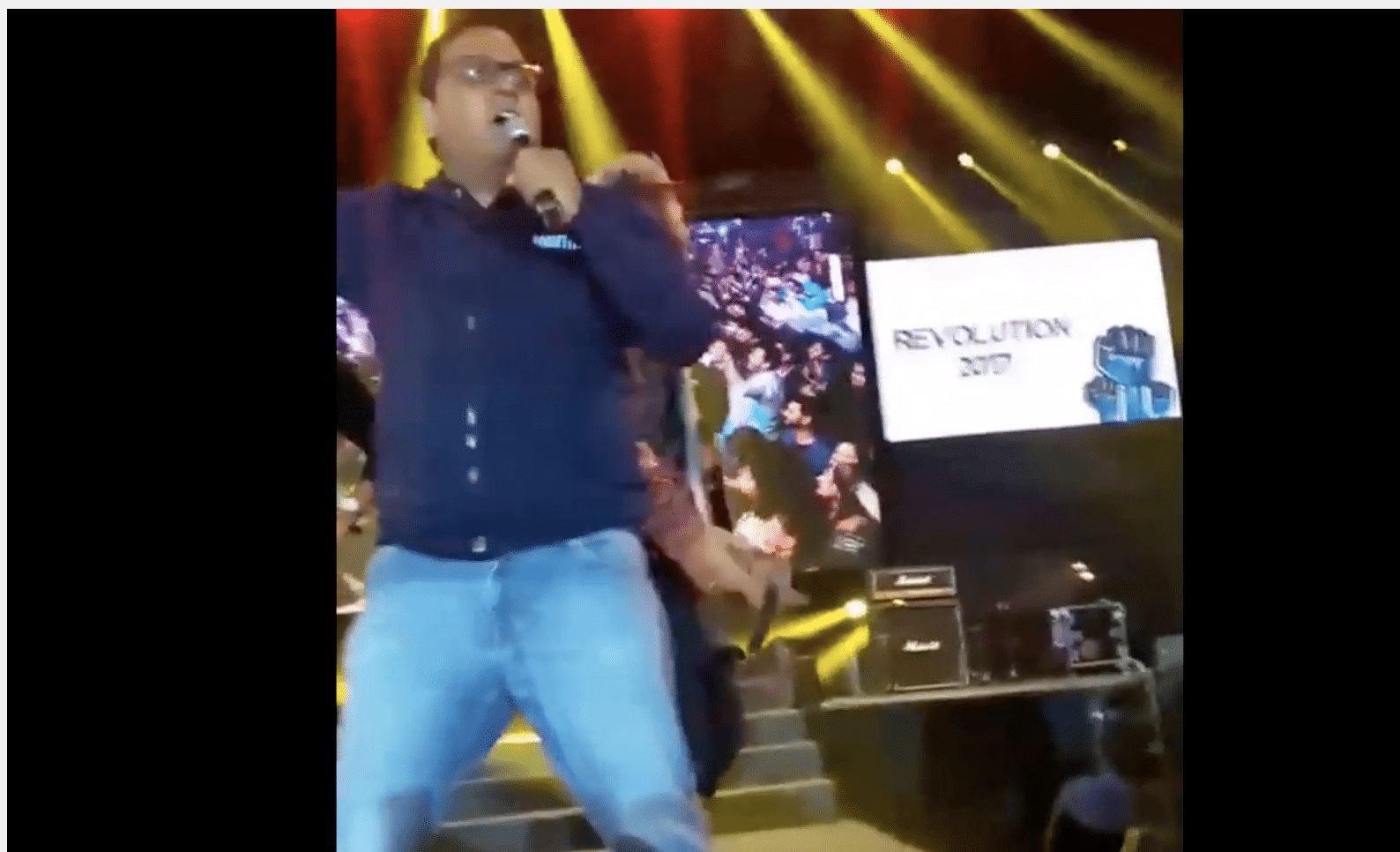 Chinese Company Paytm Founder Vijay Shekhar Sharma is now not just rolling in the filth generated as a by-product of Demonetisation but is now apparently mocking the people of India, the tears, the deaths caused by Demonetisation while Paytm enjoyed being the biggest beneficiary.

A video has surfaced of an annual company meet where the Founder Vijay Shekhar Sharma appears drunk on sudden success or liquor, something which is hard to say. He has gone ahead and said many profound things that will only give the startup industry and leadership a bad name. And any publication next time putting him on a cover of a magazine or masthead of a newspaper will be compelled to think twice.

Jo hamare saath nahi hai woh royenge!
(Those who aren’t with us will cry!)

What does the B Word really mean Mr. Sharma?  Who were you referring to when you dropped the B-Bomb? Shouldn’t he be booked under the law for obscene public behaviour and using foul language?

This display of blind power or poor behaviour can’t be confused with passion using abusive words in public and addressing competition in a derogatory manner is a sign of poor leadership and only filthy money that clearly for Paytm has been pouring from China. We won’t join the chorus where many publications would let it pass.


In November we tried to contact Paytm, and till this day we have not got a response to our fundamental question

How was Paytm able to release a full page advertisement on 9th November 2016 morning in all leading Indian Newspaper dailies with Prime Minister Modi’s picture, given the announcement on the notice ban was done late evening on 8th November 2016?

Earlier in an interview the Founder Paytm Vijay Shekhar Sharma spoke about how he moved to Bangalore as he wanted to take his child away from Pollution? What happens to the polluted words he is using either being drunk or just displaying the real character?

One thing is clear it is just a matter of time when all have nots will decide to invade and snatch their right if our so called decorated companies display such obscene behaviour caused due to sudden wealth which has been accumulated over questionable circumstances.