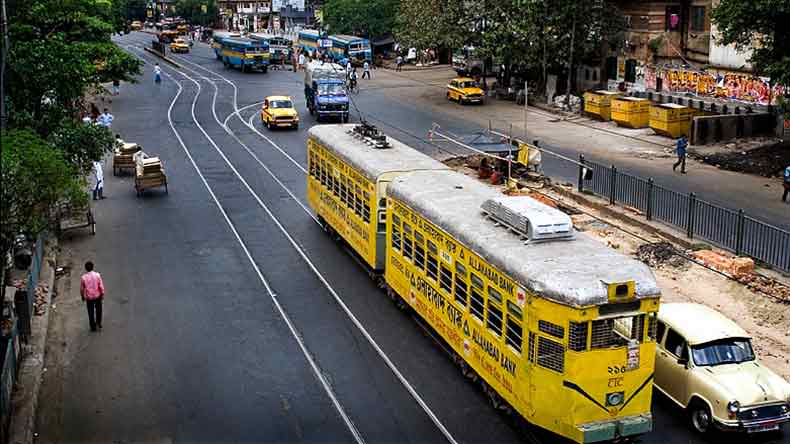 [dropcap]I[/dropcap]n a unique way to celebrate the history and legacy of the most romantic ride of the city of joy and attempting to revive their fading aura, the iconic trams were transformed into hubs of theater, music, art and film screening on Saturday.

The two- day event that began on Saturday is named “Tram Tales’. According to the organizers, it is the first and largest site-specific interactive mixed media installation centered on tram carriages in a tram depot.
The Kolkata tram is run by the Calcutta Tramways Company (CTC). It is currently the only operating tram network in India and the oldest operating electric tram in Asia, running since 1902.

CTC owns 257 trams, of which 125 trams are running on the streets of Kolkata on a daily basis.[3] The cars are single-deck articulated cars and can carry 200 passengers (60 seated).

The carriages at Gariahat Tram Depot, which is no more functional, has been revamped and decorated into six broad themes. They are filmy trams, the drama trams, the ‘adda’ tram, the music trams, the painted tram and the photo trams. 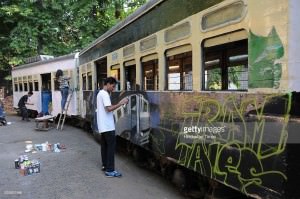 The street artists have been given permission to make innovative use of the vehicles as their canvas.

The colorful trams, which have been given a filmy touch, has transformed into a mini cinema hall and it is scheduled to play 10 short films on trams. The drama trams on the other hand will play host to theatre groups showcasing their performances.

With an approval of the (CTC) and support from a host of stakeholders in multiple fields, the ‘Tram Tales’ team comprises Kheya Chattopadhyay and Aditya Sengupta, trained in theatre, curation, performance and film-making. The organizers hope the initiative can help prevent the trams from fading away.

The ‘adda’ trams have been turned into cafe-boutiques which are hang-out zones and the music trams will become the stage for popular city-based bands.

The photo trams will be a platform, where people can share tram related images and memories and the street artists have been given the license make good use of the vehicles as their canvas.

According to CTC, the first tram rolled out on the tracks way back on February 24, 1873 and have been witness to both the World Wars and the Indian freedom struggle and withstood the ravages of time to continue operations on Saturday.