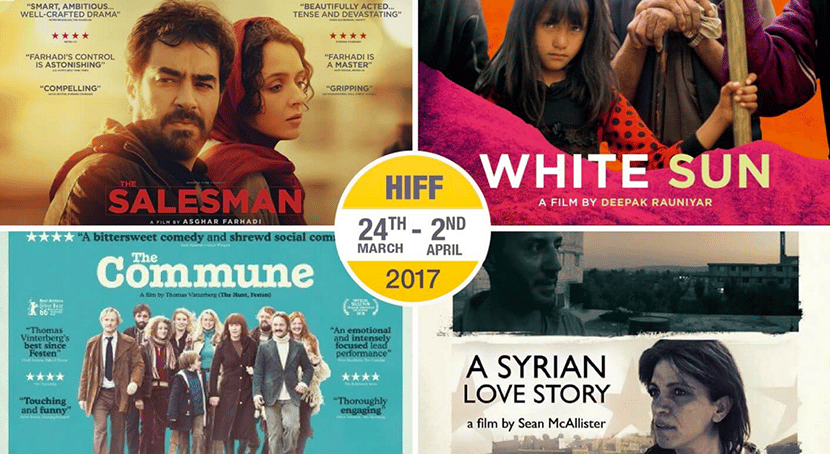 The festival will showcase an array of over 50 films from all corners of the world including Germany, Afghanistan, Nepal, Bhutan, Singapore, Mongol and Hungary among others

The premiere edition for the Habitat International Film Festival (HIFF) will be starting this Friday, March 24th to April 2 2017. The festival showcases a carefully hand-picked selection of critically acclaimed world cinema. There will be free screenings of over 50 films from multiple countries across the globe including Afghanistan, Afghanistan, Nepal, Bhutan, Hungary and Mongol among others.

“With the launch of this festival, we seek to fill the vacuum felt by film enthusiasts in the capital and provide them with tasteful movie choices,” said Rakesh Kacker, Director, India Habitat Centre.

The attempt to bring back the frenzy of international Cinema to the capital is aimed at movie buffs across age groups and entails films of multiple themes like human interest, women empowerment, fashion, sports, music and more. In addition to the non-mainstream films, HIFF will also feature several documentaries.

The festival will open with the Oscar winning movie – The Salesman, the wide choice of films will also include the likes of Driving With Selvi, White Sun, A Heavy Heart, White Blessing, 76 Minutes and 15 seconds with Abbas Kiarostami and My Daughter Anne Frank among others. With a substantial focus on 2015-16 movies, the schedule for the 10-day festival is uploaded on the on the website.

Mr. Kacker added, “Through this free-for-all platform, we aim to promote the thought of global dialogue via the channel of movies. We are happy to have several Embassies entrusting us with our unique initiative.”