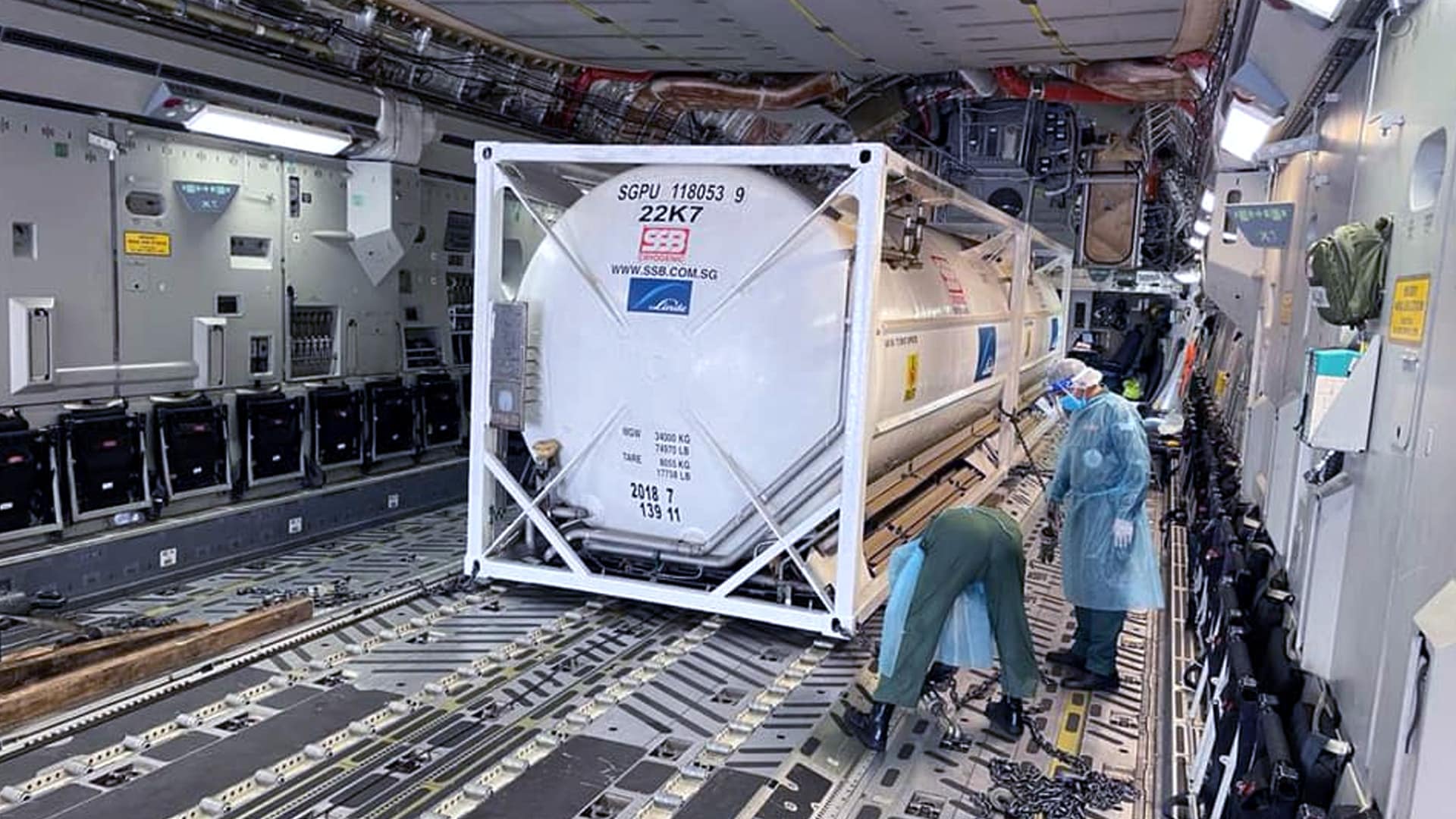 Tata group will airlift 60 cryogenic oxygen tankers from overseas and build around 400 oxygen generating units that can be used by hospitals in smaller towns amid the pandemic, according to a senior official of Tata Sons. Besides, the group makes around 5,000 beds available for COVID-care with its various firms coming together in the fight against the second wave of the COVID-19, the official added. The group is also reskilling some of its staff, especially within Indian Hotels, which has converted many of its hotels into COVID-care facilities to prevent a shortage of support staff for the patients.


“As we speak, we are making available around 900 MT of oxygen per day, that is Tata Steel alone. Our people in Tata Steel identified that the bottleneck is in transportation. We need special cryogenic containers. India doesn’t have it. So, one just has to find them outside and get them airlifted. “We have identified and are under process to bring almost about 60 such containers. About 14 of them have already come in, and there are more on the way. In this, we are working with our partners like Linde with whom we have a very good relationship,” Tata Sons President Infrastructure, Defence & Aerospace and Global Corporate affairs, Banmali Agrawala told PTI. Agrawala also lauded the government for providing planes from the Air Force to bring some of the containers.

Stating that the second wave of COVID-19 is different with its severity and suddenness hitting the country, Agrawala said the solutions to it are also different and the group identified the shortage of oxygen and the bottleneck of logistics for its transportation as one of the primary challenges to overcome. “Oxygen still remains a challenge. One is the logistics and the other is the generation of oxygen in situ. When we go into the smaller places, tier II, tier III, villages and so on, we will need to have local modes and methods of oxygen generation for hospitals,” he said. For this, he said the group has partnered with DRDO to take the latter’s design to generate oxygen using pressure swing adsorption (PSA) technology to build oxygen generating units. “Each one of those units is about a 1,000 litre per minute capacity. We will be making 350 to 400 of those, if required we will make more. We have started work on this already. We are hopeful that we should be able to get 80-90 of those done within this month and give it out as quickly as possible,” he said, adding each unit should be able to cater to a 100-bed facility.

The official said the group firms of the conglomerate have come together in order to play their part to meet the challenges faced by the country at the moment due to the pandemic. “For us as a Tata group, the most impact we can create as a group is when we come together as a group cutting across our company lines, and working horizontally. Of course, while the individual companies keep doing what they would normally be doing, but I think we also work horizontally to bring about an even bigger impact, even more, useful things. In this we also include the Tata Trusts,” He said. From an infrastructure perspective, he said Indian Hotels has converted many of its hotels and hotel rooms, making available 1,500 beds for the purpose of taking care of COVID-19 patients, while Tata Trusts have done another 1,500 beds with the hospitals they work with and Tata Projects have added another 400 odd critical beds through newly built or modified existing hospitals.

“If you look at TCS, in about 16 cities, they have various facilities each with a capacity of roughly about 100 beds, fairly well-equipped with oxygen supply, even a portion of those has been kept for critical care. If you add all that, it would easily add up to 4,000-5000 beds, that we have created infrastructure (for),” Agrawala said. With an eye on meeting the shortage of trained support staff for taking care of patients, he said, “We are also looking at reskilling some of our staff, within Indian Hotels because we are converting some of those into care centres. Then we can hopefully use some of their staff itself and reskill them in addition to other skilled people”. Tata Trusts have already developed certain training modules in conjunction with leading hospitals and universities in a digital manner so that people can be trained, he said. “So, we are getting prepared to train more people in anticipation of what might happen and set up more of these facilities, in other parts of the country as well not just Delhi and Mumbai,” Agrawala added.

Having learnt the hard way on the need to have localised solutions for localised problem solving, he said the group has also taken a ‘senior Tata leader’ in each of the locations where the group has a large presence such as Delhi-NCR, East and the North East region, Hyderabad, Chennai, Bangalore, and Gujarat. “We have now taken a senior Tata leader in each one of those locations, who would co-ordinate and be the leader to provide all the necessary support for our Tata ecosystem in those particular geographies and we would support those leaders to become more effective,” Agrawala said. Last year, the group had pledged Rs 1,500 crore to combat the outbreak of the pandemic in India. However this time, Agrawala said the group has not come to any such figure. “We don’t have a number, but our objective is, this is the challenge, the problem that we have to address and we have to find a way of addressing it. The numbers are a function of that solution and not the other way round,” he said.