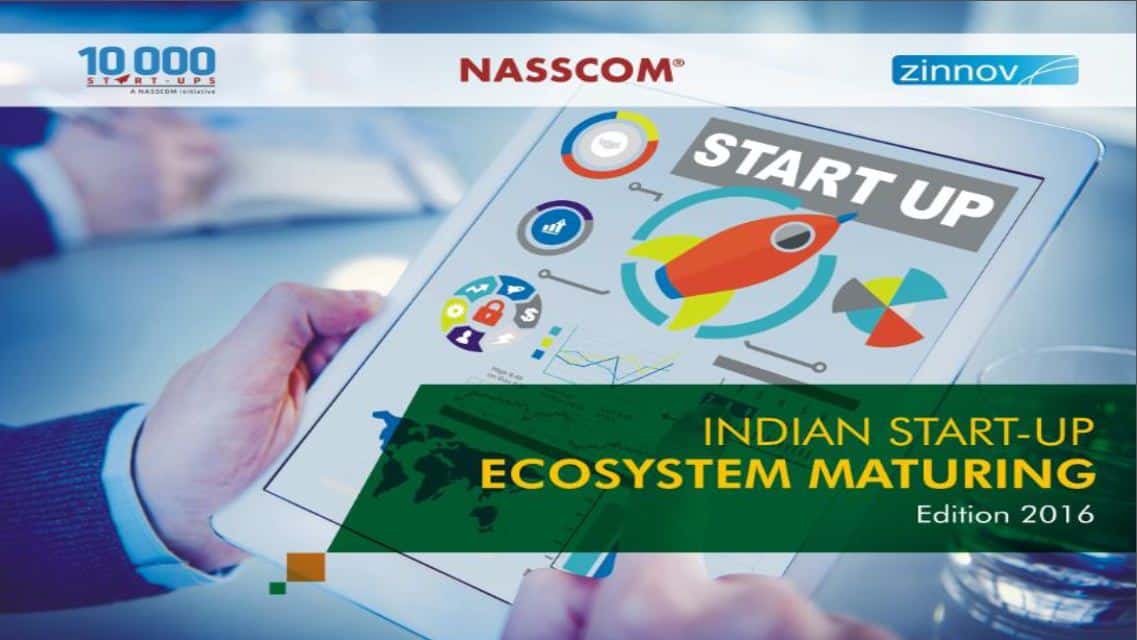 According to the latest report, titled ‘Indian Start-up Ecosystem Maturing – 2016’, from NASSCOM-ZINNOV, India continues to harbour the third largest start-up base, marginally behind the UK. It further states that the ecosystem is poised to grow by an impressive 2.2X to reach more than 10,500 start-ups by the year 2020.

The report finds that the number of tech start-ups in India is expected to grow by 10-12% to over 4,750 start-ups by the end of 2016. Supposedly, over 1400 new start-ups have emerged in 2016 showing that there is a growing sense of prudence with both, investors and start-ups, focusing on profitability and optimising spends. With this impetus, India will become home to over 10,500 start-ups by 2020, employing over 210,000 people reveals the report.

Notable findings from the report shows that there was a continued growth in the number of start-ups in 2016 – lead by Bengaluru, NCR and Mumbai as the major start-up hubs in the country. The report also revealed that investors are focusing on domains like health-tech, fin-tech, and edu-tech, data analytics, B2B commerce and artificial intelligence – shifting focus away from online retailing. With a total funding of approximately ~USD 4 billion, close to 650 start-ups were funded signifying an aware and healthy growth of the ecosystem.

Further, with impetus from Government and Corporates, there is a 40% increase in the number of active incubators and accelerators in 2016 with over 140 active incubators, helping entrepreneurs experiment with new ideas by offering them functional expertise and resources. Over 30 new academic incubators have been established under the Government’s ‘Start-up India Stand-up India’ initiative this year. With the country showing signs of increased interest in entrepreneurship, Tier-II/III cities have established 66% of the new incubators.

Mr. CP Gurnani, Chairman, NASSCOM, while talking about the growing start-up ecosystem in India said, “The start-up landscape in the country is becoming the epitome of innovation, with companies bringing out solutions that are aimed at solving locally relevant issues. NASSCOM believes that the contribution by start-ups has been growing at a rapid rate and the landscape has a huge potential in terms of business stability, revenue growth and further innovation.”

The report also reveals a remarkable increase in interest from student entrepreneurs this year, 25% growth has been witnessed in 2016 with 350+ start-ups founded by young students. The median age of start-up founders has reduced marginally from 32 years in 2015 to 31 years in 2016. You could read the full report here.