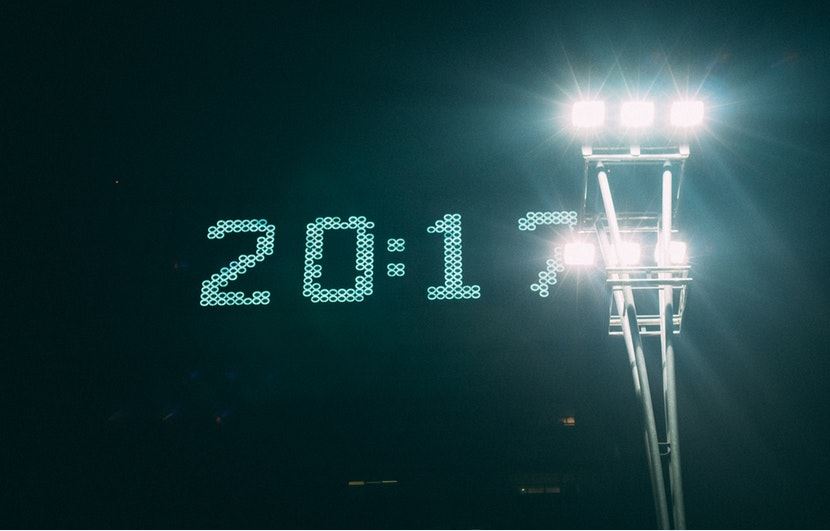 2017 even saw non-US investors in India, like Jack Ma’s Alibaba, and expanding their investments.

By April, 2017, the Indian startup ecosystem was making headlines for all the wrong reasons. From allegations of Stayzilla’s non-payment issues – leading to their co-founder, Yogendra Vasupal, getting arrested – to Snapdeal sacking about 60% of its workforce and coming close to shutting down. With just four months into 2017, things were looking shaky for the entrepreneurship bubble.

Also, while the Indian government was bent on creating a conducive environment for startups, some of India’s leading e-commerce companies like Amazon, Flipkart and Snapdeal disapproved of clauses in the GST bill.

Having said this, the government’s policies and push for ease of doing business provided a significant boost for the growth of startups in India. Enabling easier methods to startup, improved taxation policies, better access to loans and the like gave the Indian startup ecosystem some reason to smile.

The NASSCOM Product Conclave report, which provides insight to how the startup ecosystem evolved – and other sectors alongside it – showed that over 1,000 startups were added to the list of ‘tech’ startups alone. With an overall growth of seven percent, the Indian startup ecosystem holds its spot as the third-largest startup ecosystem in the world – after only the US and the UK.


While the major startup hubs in India are still Bengaluru, NCR and Mumbai, Tier II and Tier III cities now account for 20 percent of startups in India – according to the report. 2017 even saw non-US investors in India as they expand their investments, like Jack Ma’s Alibaba. Chinese smartphone brand, Xiaomi is also making plans to expand its product portfolio in India and considers the Indian market more important than the Chinese. India’s ranking of 60 in the global innovation index and mortality rate of 35 percent for startups has helped this along.

Demonetisation provided fintech startups across the country a golden opportunity to expand which was fanned further by the implementation of GST. As the fintech space reveled, it helped India reach second spot in the index of global fintech adoption. The NASSCOM report also stated that more than 50 percent of the startups added in 2017 were of the B2B segment with fintech and healthtech covering the majority.

While social startups have reported an 18 percent year-on-year growth, other sought after sectors include Internet of Things (IoT), Augmented Reality (AR) and Blockchain. Robotics and 3D printing are also some sectors witnessing development.

Seed funding had witnessed a drop this year, which is a red flag for seed stage startups. According to the NASSCOM report, there was a drop of 53 percent. While the total amount of funding had gone up, funding for startups that were founded in the last five years saw a slight slip from $2 billion to $1.8 billion. On the flip side, funding for the B2B segment rose from 27 to 32 percent. Along with this, funding for unicorns had also risen to a whopping $6.4 billion in 2017.

Recognising the gap of innovation, corporates too have been actively partnering with or acquiring from the Indian startup ecosystem. Adding stability, corporates have also taken part in the growth of Indian startups as accelerators. The report from NASSCOM states a growth of more than 30 percent of accelerators in the country. With many non-tech Indian companies acquiring ventures from the startup ecosystem in 2017, the number of mergers and acquisitions has witnessed a significant rise in number.

The entrepreneurial and startup ecosystem has also filtered into the education system. While schools and colleges are adopting new methods that several of these edtech startups are offering, colleges are now increasingly offering courses in entrepreneurship and building the spirit from an early age. In 2017, the awareness of entrepreneurship has been at all time high.

Cancel reply
Coinome launches in India looking to support up to 20 popular crypto-currencies
After Ola and Zoomcar, Mahindra partners with Uber to push electric vehicles in India