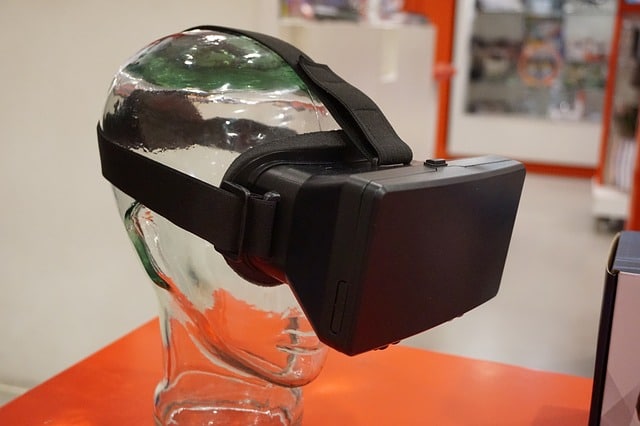 Imagine sitting comfortably in your room when you are suddenly transported to the depths of a tropical ocean. You can sea creatures swimming around you and of course the beautiful reefs lie beneath. And when you are done looking around you can return, in the blink of an eye, to the familiar coziness of your room.

Even a few years ago the thought of the above happening would have been straight out of a science fiction novel and quite unbelievable in real life. While physical teleportation continues to be an impossible scenario, virtual reality has finally made its way into our day to day life.

The term “virtual reality” was first used in the 1982 science fiction novel by Damien Broderick called The Judas Mandala, although it was not used to refer to the VR technology. Virtual Reality as we know it today can be described as an immersive technology that uses replication of real or fictitious surroundings to simulate reality through the senses.

Besides visual and audio experiences, the uses of VR are immense. The global gaming industry is propelled towards this direction. Virtual reality is also being increasingly used by other sectors such as real estate, events and even in surgeries where remote controlled robots are being trained to perform successful surgeries with the help of virtual reality. With leaps in technology the virtual reality sector has seen a recent boom. If reports are to be believed then by 2020 the sector will touch $150 billion, a whopping growth in a very short span of time.

Big names in the tech world have recognized VR and AR as the next big tech stop in the world. Google has forayed into this sector with Magic Leap, Google Glass etc and has been working on its own VR arm; Facebook too acquired Oculus Rift as a nod to this industry. Microsoft’s Holo Lens and several other big names all pooling into this industry is a big indicator of its impending, exponential growth.

In keeping with the global progress in this sector India too seems to have caught up and 2016 seems ready to see many developments in the virtual and augmented reality sector.  The Indian market is receptive to virtual reality toys and big brands are already poised to enter with the Oculus Rift virtual reality (VR), the HTC Vive and Sony’s fully-immersive PlayStation VR all set to bring the virtual reality experience in India. While these are expensive, high-end options there are many available at lower price ranges to make the experience more accessible to users across diverse platforms.

Apart from the global brands, there has been a steady progress in the home grown market as well as many new startups have entered the virtual reality sector from India itself.

India saw its first virtual reality content production startup when Meraki, started by Arvind Ghorwal, Sairam Sagiraju, Parth Choksi and Agam Garg, was launched in November 2015. The company’s first VR video was a 360 degree concert film of Hardwell’s performance in Mumbai in December last year. Since then Meraki has worked on big projects such as producing 360 degree films on the Sunburn festival in Goa, Asia Cup and others.

Another such startup making a mark in the VR world is GazeMatic started in 2015 by Karthikeyan NG & MohanRaj MS. Their mobile application for Virtual Reality called “The Caller,” is a first of its kind caller application that allows the user to teleport when on call with a friend. The VR app has seen 5000 downloads in its first month. The app is only available in Android Play Store and will soon feature in Oculus and Samsung app stores as well. The app will soon release a Live Streaming feature as well

Other notable startups doing good work in this sector include SmartVizX, Tesseract Inc., which deals in hardware, Wowsome that works in Augmented Reality, and several others.

Virtual reality ensures a deeper engagement between the user and the visual and the aim is to create a surrounding that occupies the senses. No longer a futuristic pipe dream, Virtual Reality seems to have finally arrived in India and how!