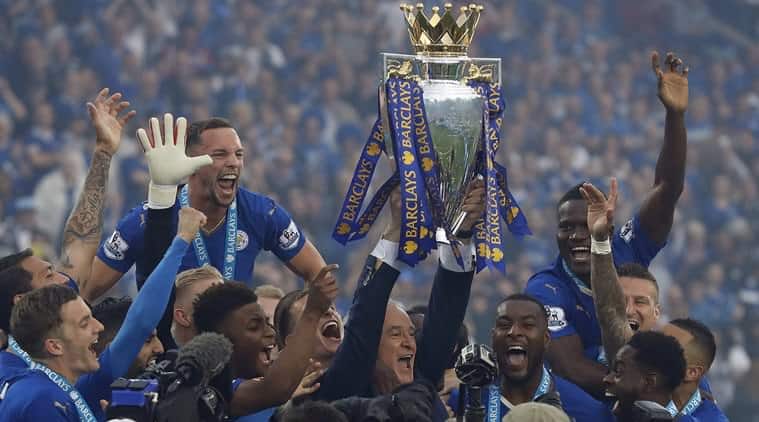 [dropcap]A[/dropcap]midst the wild celebration on Saturday evening at King’s Power Stadium, there was a great satisfaction. The satisfaction was not only for the Leicester fans, but for each and every football lover. It was a relief for the critics, the pundits, other managers and most prominently the ferocious lion that symbolizes the English Premier League.

The lion-symbol signifies an authority that dominates the game of football. The authority that had become a play thing at the hands of filthy rich club-owners for the past few years. This win means a ‘hope’ that the English Premier League has not drooped itself into the level of non-competitiveness, the other European leagues of Spain, Germany and Italy have.

A banner outside the KP Stadium read, ‘A trophy earned, not bought.’ Truly, there is an amazing story behind Leicester’s campaign. From their choice of manager to their transfers, it is no less than a fairytale. Who knew that a bunch of free and unknown transfers, who were either forgotten or had no idea where their career was heading, could become the EPL champions and household names? 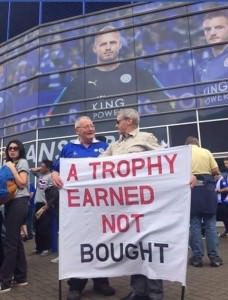 Talks are there of even a movie being filmed on the players, the manager and the club. A quick glance at some of the players’ history reflects a hard hitting story about how a bunch of hopeless lads lingering at the lower leagues come together at a club and under a brilliant but equally forgotten manager and show the world how football is meant to be played.

Lets’ take a look at some of the cast-offs or bargain buys of Leicester and where they stood when they joined the club.

1. Kasper Schmeichel– Son of famous goal-keeper Peter Schmeichel who won the Champions League with Manchester United, Kasper was not unhappy at Leeds and even issued a statement concerning his ‘great disappointment’ when Leicester’s bid for him was accepted. Little did he know what was coming next. His agent had even requested BBC to push for his transfer as he was so long down the pecking order I his previous club.

2. Wes Morgan– The captain of Leicester had the most amazing of career turnarounds. The Jamaica international was released by Notts County in 2000 and signed for Dunkirk FC in the Midland Football Alliance, while enrolling on a course to become an accountant, before Nottingham Forest spotted him. Leicester signed Morgan for about £1m in January 2012.

3. N’Golo Kante– Kante was much smaller than the players around him at youth level and struggled to find a team to take him on, a quality very much needed in a sport like football. He is now been praised for his work-rate in midfield, interceptions and tackling – and has been given the nickname ‘The Rash’ by team-mate Danny Drinkwater for his aggressive persistence. Kante made his debut for France in March this year and was selected in the Premier League Team of the Year and nominated for the PFA Player of the Year

4. Riyad Mahrez– Born in the tough Parisian suburb of Sarcelles, Mahrez the start of Leicester this year had lost his father, Ahmed, to a heart attack at the age of 15. Mahrez spent his first six months in their second team before gradually making his way through the ranks. Apparently, as recently as 2010, Mahrez did not know how to take a throw-in properly. And, like his Leicester team-mate Jamie Vardy, the winger had to overcome concerns about his size. But he has gone on to become the first African to be named PFA Player of the Year, with 17 goals and 11 assists.

5. Jamie Vardy– The current hero and exciting prospect for England at the Euros, had to wear an ankle tag when he was with Stocksbridge Park Steels after being arrested for assault. He wasn’t allowed outdoors after 6pm, and at away matches could only play one hour to get back in time. He was 20 and earning £30 a week at the time. He joined Leicester in 2012 for a record fee for a non-league player of £1m (rising to £1.5m). The 2015-16 season started on a low point for Vardy as he was fined by the club after claims he made a racial slur in a casino. In November became the first player to score in 11 consecutive Premier League matches and signed a new three-year deal in February.

It would be make a great movie, won’t it?